Virgil van Dijk nutmegged his Liverpool teammate Joe Gomez in training with a brilliant piece of skill and followed it up with a celebration to match it. 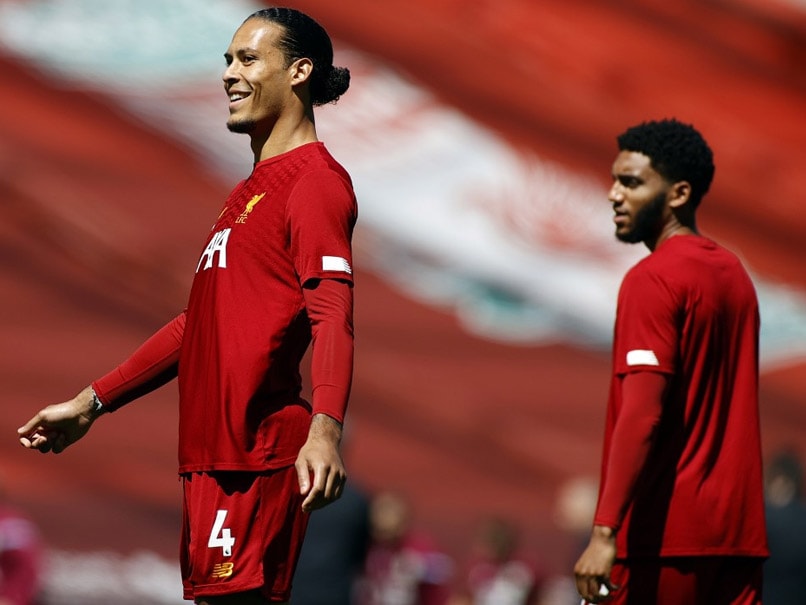 Virgil van Dijk has been a key player in Liverpool's successful quest for the Premier League title.© AFP

Virgil van Dijk's job in matches is to keep attackers away from the Liverpool goal and he does that better than most in the world. He has been an absolute rock at the back as Liverpool have smashed the competition to romp to their first league title in 30 years. Despite his massive frame, the Dutchman is no slouch with the ball at his feet. He has clocked nearly 3,000 passes, provided an assist and scored four goals in the 2019/20 Premier League season. Fellow Liverpool defender Joe Gomez got a taste of Van Dijk's silky-smooth skills when he was nutmegged in training.

The Liverpool defender has been immense in his team's title-winning season. While the likes of Mohamed Salah, Roberto Firmino and Sadio Mane have run riot in the attacking half, Van Dijk has made sure that Liverpool have been solid at the back.

Incredibly, the Dutchman has made just 14 fouls, earned just one yellow card and no red cards.

Liverpool have had an incredible season and are still in with a chance to break Manchester City's record points haul of 100 two seasons ago, but will need to win all three of their remaining matches against Arsenal, Chelsea and Newcastle United.

Netherlands Virgil Van Dijk English Premier League Football
Get the latest updates on Fifa Worldcup 2022 and check out  Fifa World Cup Schedule, Stats and Live Cricket Score. Like us on Facebook or follow us on Twitter for more sports updates. You can also download the NDTV Cricket app for Android or iOS.