The North London club have sold Robin van Persie, Cesc Fabregas and Samir Nasri over the past few years, and have failed to recruit any notable world-class talents. 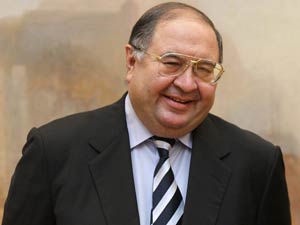 Arsenal shareholder Alisher Usmanov says he is concerned that the team is turning into a feeder club by selling players in their prime, and claims that Thierry Henry has urged him to take over to stop the trophy drought.

Usmanov owns just under 30 percent of Arsenal, less than American businessman Stan Kroenke. In an interview with sports daily L'Equipe, Usmanov says Henry is "pushing me to buy all of Arsenal's shares."