Mikel Arteta has overseen Arsenal's worst start since the 1974/75 season -- they have scored just 12 goals to boot -- and lie just four points above the relegation zone. 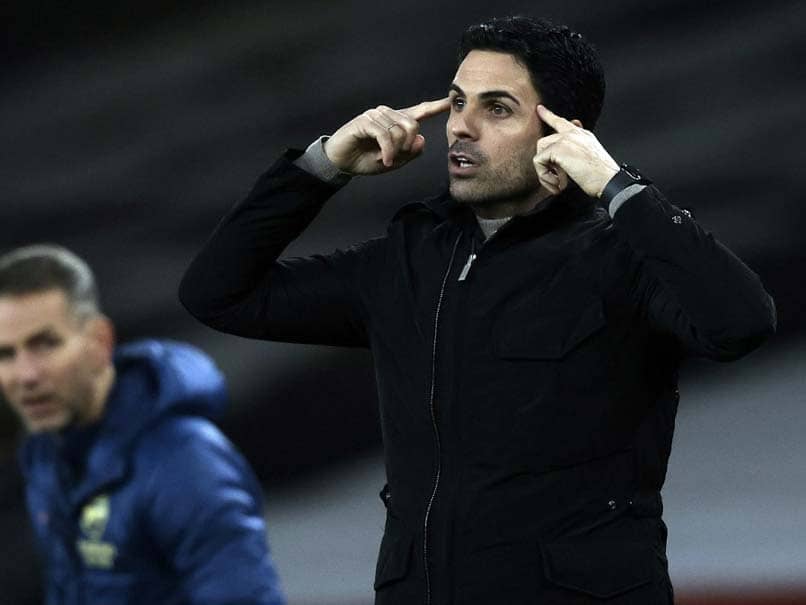 Slaven Bilic's sacking by West Brom last week made him the earliest managerial departure in a Premier League season for six years after it took 18 games for Cardiff City to dismiss Neil Warnock in 2014. The next sacking may not be long in coming with several bosses having serious question marks over their futures. AFP Sport looks at three bosses who could do with some Christmas cheer:

Arteta to banish the Blues

Mikel Arteta's FA Cup success last season and then victory over Liverpool in the Community Shield suggested the turbulent period for Arsenal under his predecessor Unai Emery had been laid to rest.

However, heading into a tough home clash with highflying London rivals Chelsea on Saturday the bright new dawn has clouded over and the former Gunners captain's future after just over a year in charge is in doubt.

The 38-year-old Spaniard has overseen their worst start since the 1974/75 season -- they have scored just 12 goals to boot -- and lie just four points above the relegation zone.

It says a lot about the gloom surrounding the club the board have inserted clauses in the players contracts of a cut in pay should they be relegated for the first time since 1912/13 when they were known as Woolwich Arsenal.

Areta will hope the board keep the faith and listened to the sterling defence his former boss at Manchester City Pep Guardiola mounted after the Gunners lost 4-1 to them in the League Cup on Tuesday.

"It's just a question of time and he will do well. Football changes in one week so quick," said Guardiola.

Bruce to get Magpies flying

Steve Bruce knows all about the ups and downs of football management especially after Newcastle's disappointing League Cup quarter-final exit at the hands of second-tier Brentford.

The Magpies look reasonably comfortable in 12th place in the table.

However, with a trip to Manchester City on Saturday and then welcoming champions Liverpool a few days later the eight points separating them from the relegation zone could be whittled away such is the volatility of this campaign.

Bruce, 59, is believed to enjoy the support of Magpies owner Mike Ashley but there are growing rumblings of discontent from the fans who aside from seeing a chance of a trophy disappear are far from happy with the unimaginative style of play.

Bruce has not been helped by losing two influential players captain Jamaal Lascelles and French star Allan Saint-Maximin who are both suffering the after-effects of Covid-19.

Bruce said after the Brentford defeat he had not lost the dressing room, though, it was hardly the most convincing of responses.

"Are the players playing for me? I think they are," he said.

"Maybe they're not playing well enough, but it's not without effort and determination."

Bilic might well scratching his head at being the first manager sacked when he compares notes with Sheffield United's Chris Wilder.

The Blades' board have shown admirable gratitude and restraint in retaining faith with the 53-year-old Englishman despite garnering just two points this season -- the worst start in Premier League history.

Wilder is living off the currency he gained through guiding Sheffield United to the Premier League and then ninth spot last term.

Wilder has a tough test at home to Everton on Saturday but the board's patience may snap if he fails to secure points at Burnley on Tuesday.

A 3-2 loss to Manchester United and then a draw with struggling Brighton has given hope to Wilder.

"If we don't show that right attitude, we're toast -- we understand that, so it won't happen," he said.

"At least there's a little bit of light at the end of the tunnel after the last two games."

Newcastle United Mikel Arteta English Premier League Football
Get the latest updates on IPL 2021, IPL Points Table , IPL Schedule 2021 , live score . Like us on Facebook or follow us on Twitter for more sports updates. You can also download the NDTV Cricket app for Android or iOS.