The Gunners were largely outclassed by the Premier League champions on Sunday. 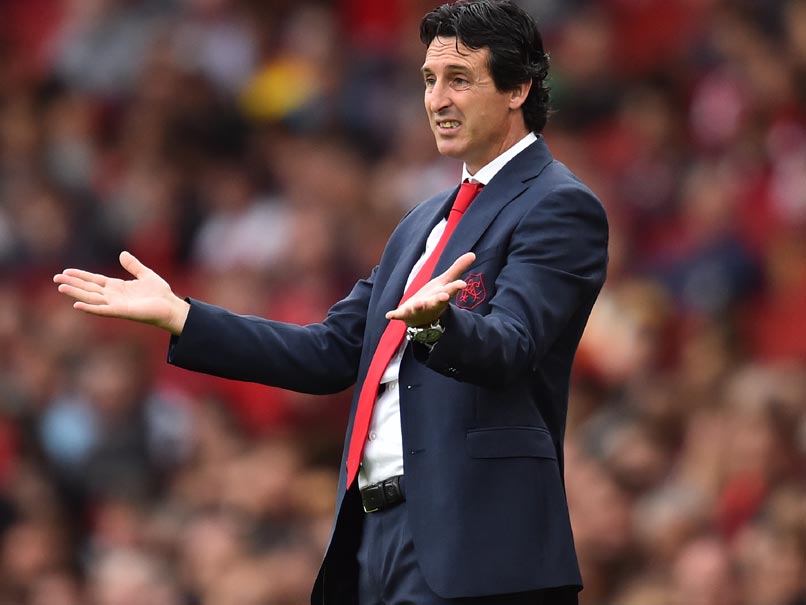 Arsenal goalkeeper Petr Cech pleaded for patience after Unai Emery's first match as Arsene Wenger's successor ended in a 2-0 defeat to Manchester City. The Gunners were largely outclassed by the Premier League champions on Sunday and struggled to implement some obvious changes demanded by Emery in the off season. Cech nearly scored an embarrassing own goal and looked uncomfortable in trying to play out from the back as City pressed high.

After a series of risky passes, a long clearance by Cech was met with huge cheers from the Arsenal fans, but the veteran called for Emery's methods to be given time.

"I think they have to understand that when you start building a new team with a new manager and a completely new way it may take time," said Cech, who kept his place in goal ahead of new signing Bernd Leno.

A tough start for the Spanish coach continues next weekend against Cech's old club Chelsea at Stamford Bridge.

Chelsea's new boss Maurizio Sarri did get off to a winning start in his Premier League debut at Huddersfield.

But Cech believes Arsenal can take heart from Chelsea's own struggles to cope with City in losing the Community Shield 2-0 last weekend.

"Next week we have another big game but we will be better prepared because we have this game behind us. I believe we pushed them more than Chelsea did in the Community Shield," he added.

Many of the concepts Emery wants to implement at Arsenal are similar to what Pep Guardiola has mastered in raising the bar at City.

And the difference between a project now into its third season under Guardiola and Emery's early days was obvious on the opening weekend of the season.

"We try and build the team and create our own way of playing," said Cech.

Manchester City English Premier League Football
Get the latest updates on Olympics 2020, Olympics 2020 Medal Tally, Live Cricket Score . Like us on Facebook or follow us on Twitter for more sports updates. You can also download the NDTV Cricket app for Android or iOS.