Trent Alexander-Arnold has emerged as one of Liverpool's brightest young stars as Jurgen Klopp's side chase the club's first English title since 1990. 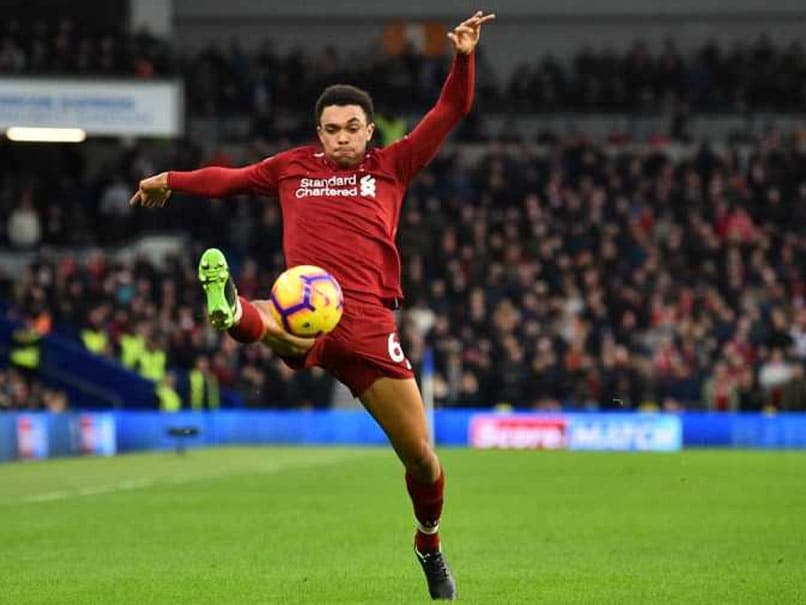 Liverpool defender Trent Alexander-Arnold is the latest star to commit his future to the Premier League leaders after signing a long-term contract. Alexander-Arnold's improved deal is reported to tie him to Liverpool until 2024. The 20-year-old has emerged as one of Liverpool's brightest young stars as Jurgen Klopp's side chase the club's first English title since 1990. Alexander-Arnold, who joined Liverpool at the age of six, is one of a host of Reds stars who have pledged their futures to the Anfield team.

"I'm ecstatic and really proud," Alexander-Arnold told Liverpool's website. "I feel privileged to have the support and the trust the club has in me to offer me a new deal.

"There was no doubt in my mind to sign and extend the years I have with the club.

"Hopefully we can achieve a lot of success in those years."

Alexander-Arnold made his Liverpool debut in October 2016 after graduating from the club's academy and has since established himself as the Reds' first-choice right-back.

He made his England debut against Costa Rica last June and was part of Gareth Southgate's World Cup squad in Russia.

"As soon as they offered the contract, there was no hesitation whatsoever," added Alexander-Arnold, who has made 67 appearances for Liverpool.

"The thing that made it easiest for me was having the people around me to make sure I was able to focus on football as much as possible and get the deal done as soon as possible."

England Trent Alexander-Arnold English Premier League Football
Get the latest updates on ICC T20 Worldcup 2022, check out the Schedule and Live Score. Like us on Facebook or follow us on Twitter for more sports updates. You can also download the NDTV Cricket app for Android or iOS.