Ginkel had been linked with Chelsea for long and there were reports that he had also met Jose Mourinho. Mourinho apparently sees him as a long term replacement of the Blues legend, Frank Lampard. 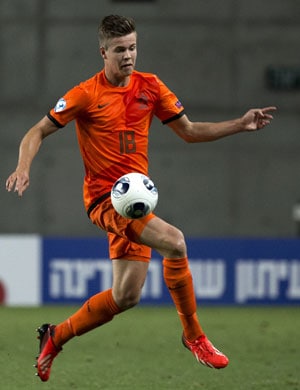 "Chelsea Football Club and Vitesse Arnhem have reached an agreement for the transfer of Marco van Ginkel," read a statement on the Chelsea website.

"The player will join Chelsea subject to a medical, agreement of personal terms and legal documentation."

Van Ginkel graduated from the Vitesse youth system and made his debut first-team appearance in 2010.

He was a key figure last season as the modest club from the eastern Dutch city of Arnhem secured an unexpected fourth-place finish in the Eredivisie.