He becomes Tottenham's fifth signing of the transfer window. Andre Villas-Boas' side begins its Premier League season on Sunday, away to city rival Crystal Palace. 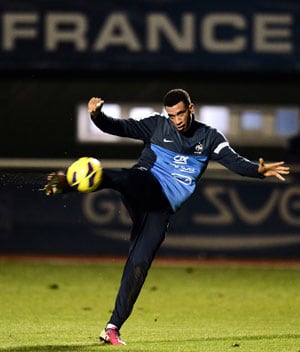 The 25-year-old had long been in Spurs' sights and now the north Londoners claim to have struck a deal with his French club Toulouse.

"We are delighted to announce that we have reached agreement with Toulouse for the transfer of Etienne Capoue," said a Spurs statement on the club's official Twitter account.

"A France international, Etienne has made 174 appearances, scoring 13 times in Ligue 1 for Toulouse."

Capoue has played six times for France, scoring once, since making his debut in 2012, the same year he was named in the French Ligue 1 team of the season.

Despite being primarily a midfielder, Capoue can also operate as a centre-back, which could prove useful for Tottenham manager Andre Villas-Boas as he is short in that area of the pitch.

The Frenchman becomes Tottenham's fourth major acquisition of the summer following moves for Paulinho, Nacer Chadli and Roberto Soldado as Villas-Boas looks to build a squad capable of securing a top-four finish this season.

They begin their Premier League campaign away to newly-promoted Crystal Palace on Sunday.

Several Premier League clubs, including Tottenham's north London rivals Arsenal as well as Everton and Liverpool, were linked to Capoue in recent weeks.