Tottenham Aim To Be "Intelligent" In Transfer Window Under Jose Mourinho

Jose Mourinho said that Tottenham need to be intelligent and make the right decisions in the transfer market for the "development of a cycle". 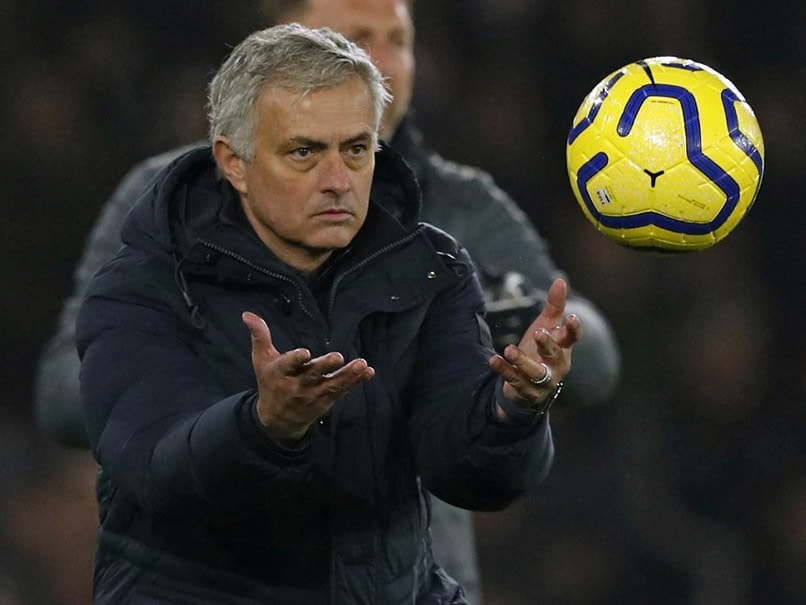 Jose Mourinho has repeatedly said that a squad overhaul was not on the cards for Tottenham Hotspur.© AFP

Jose Mourinho says Tottenham will be "intelligent" in the January transfer window and there will be no quick fixes at the Premier League club. Mourinho has repeatedly said that he will not be overhauling his squad this month and that any business could be dependent on players leaving. One player who appears to be on his way out of the club is midfielder Christian Eriksen, whose contact expires in June, but it is not certain he will depart this month.

Mourinho, whose side have stumbled in recent weeks, walked into the club with his eyes wide open and said he was on the same page as chairman Daniel Levy.

"That was very clear for me and is very important for me to understand that before I came," said the Portuguese boss, who took over from the sacked Mauricio Pochettino in November.

"We are going to have to try to be intelligent and we have to try to make the right decisions, not just for now, but for the development of a cycle."

Spurs are struggling for numbers ahead of Sunday's FA Cup trip to Middlesbrough.

Harry Kane, Tanguy Ndombele, Ben Davies, Danny Rose and Hugo Lloris are all injured and many players have played three games over the Christmas period.

Mourinho said he was likely to call on youth at the Riverside but emphasised that such a move did not mean the FA Cup was not important for the eight-time winners.

"Everybody's going to be involved," he said. "If you go to our squad and no Rose, no Davies, no Lloris, no Kane. I don't know if Eric Dier will be ready but he is still to come back.

Tottenham Hotspur Jose Mourinho Football
Get the latest updates on T20 World Cup, check out the T20 World Cup Schedule and Live Score . Like us on Facebook or follow us on Twitter for more sports updates. You can also download the NDTV Cricket app for Android or iOS.