Stoke City manager Tony Pulis has insisted he wants Michael Owen to remain with the English Premier League club for the rest of the season. 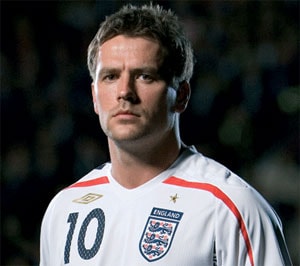 Stoke City manager Tony Pulis has insisted he wants Michael Owen to remain with the English Premier League club for the rest of the season.

The 33-year-old former Liverpool and England striker has made just four substitute appearances for the Potters since joining from Manchester United in pre-season.

Owen had been linked with a January transfer window move to Perth Glory but the Australian A League club's manager said Tuesday they were looking for younger players.

Pulis, speaking Thursday about Owen's reported movements, said: "Is it true, is it not true? You just don't know.

"I read a story yesterday (Wednesday) in the papers that (Manchester United striker) Danny Welbeck was available," added Pulis ahead of Stoke's league match against European champions Chelsea this weekend.

"Ask (United manager) Sir Alex Ferguson what he thinks about that. You have to deal with it.

"Michael has got a contract until the end of the season and as far as I'm concerned, he has not come in and said he wants to change it.

"We haven't pulled Michael in and said we want to change that. So Michael will be part of the football club hopefully until the end of the season."

Pulis added: "There is loads of stuff going on -- it is the silly season.

"So we will let the silly season run and we will decide what is right for the football club and the players.

"We always take everything into consideration at this football club, and if it right for the players and the football club, we will do business. If not, then we'll get on with things."

Comments
Topics mentioned in this article
Football Manchester City Bolton Wanderers Stoke City Michael Barry Owens Mark Hughes Alex Ferguson English Premier League
Get the latest updates on ICC T20 Worldcup 2022 and CWG 2022 check out the Schedule, Live Score and Medals Tally. Like us on Facebook or follow us on Twitter for more sports updates. You can also download the NDTV Cricket app for Android or iOS.