Jorginho's penalty midway through the first-half was scant reward for Chelsea's dominance on another damaging night for Spurs boss Jose Mourinho against his former club. 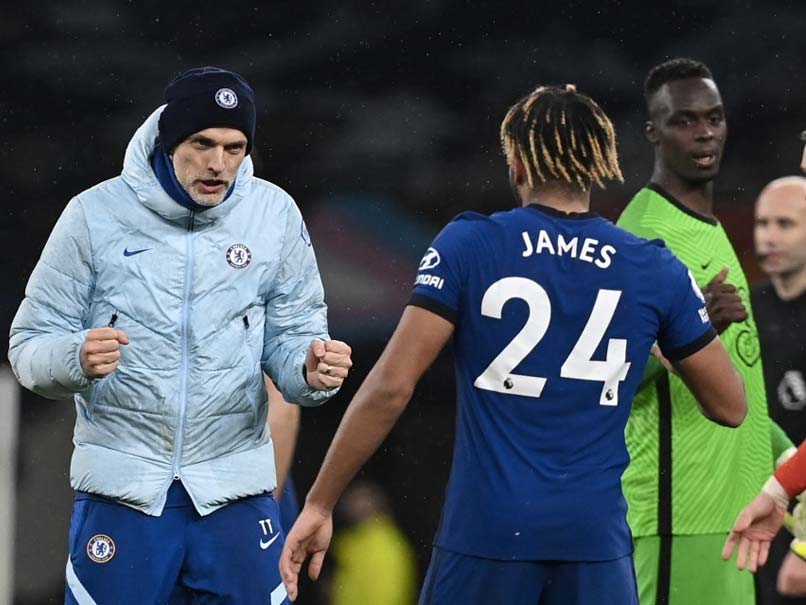 Thomas Tuchel earned the first major victory of his short time in charge of Chelsea.© AFP

Chelsea climbed into the Premier League top six as Thomas Tuchelearned the first major victory of his short time in charge of the Blues with a 1-0 win at Tottenhamon Thursday. Jorginho's penalty midway through the first-half was scant reward for Chelsea's dominance on another damaging night for Spurs boss Jose Mourinhoagainst his former club. "We are super happy about the result. It was a tough game against a strong opponent, but we did very well and controlled the game well," said Tuchel, who has taken seven points from three games in his first eight days in charge.

"It's not about my methods. I'm happy with the attitude, the squad, the potential.

"It's a nice group and they are open. It's a pleasure to be around them. We have a lot of support in the whole club. It was a quick start, but an easy one because I feel very welcome."

Since a 2-0 victory over Arsenal in early December took Tottenham top of the table, they have won just twice in their last 10 league games to not only see hopes of a first league title in 60 years disappear, but their chances of even making the top four rapidly recede.

For the first time in Mourinho's managerial career, he has lost back-to-back home league games.

Spurs now sit eighth, seven points off the Champions League places, and behind Chelsea, who saw fit to make a managerial change last week after a drastic dip in form under Frank Lampard.

A run of 13 points from 12 games is also worse than the slow start to last season that saw Mauricio Pochettino sacked as Spurs boss, 12 matches into the campaign.

Tottenham were again without the injured Harry Kane, but that still did not excuse a complete lack of attacking threat from Mourinho's men as they failed to score for the second consecutive game.

"You know what Harry means for the confidence of the players," said Mourinho.

Timo Werner's poor form played a major part in Lampard's dismissal, but the German international is slowly finding his feet under his compatriot and could have scored inside a minute with a looping header that sailed just wide.

Chelsea did not concede a single shot on target to Burnley or Wolves and quickly established complete control of the ball once more with Tottenham happy to sit deep and wait for their chance to counter-attack.

However, Spurs' defensive resolve was undone on 24 minutes when Eric Dier unnecessarily swept away Werner's legs from under him inside the box.

Jorginho had missed three penalties already this season, but cut out his usual stutter-step run-up and smashed the ball low past Hugo Lloris.

Spurs started the second-half with far better intent to press Chelsea high up the field, but in doing so opened themselves up to some slick passing from Tuchel's men.

Despite the absence of Kane, Gareth Bale was again left on the bench for the entire match after failing to make an impact in defeat at Brighton on Sunday in his first league start for nearly three months.

Mourinho introduced Lucas Moura and Erik Lamela instead in a bid to make a breakthrough.

Lamela produced his side's only shot on target of the game with a long range effort that Edouard Mendy comfortably parried to safety.

Tuchel cut an animated figure on the touchline as his side failed to make the game safe with a second goal, but let out a satisfied scream of "yes" at full-time after passing his first big test as Chelsea boss with flying colours.

Tottenham Hotspur English Premier League Football
Get the latest updates on ICC Women's Cricket World Cup 2022 and IPL 2022, check out the Schedule , Live Score and IPL Points Table. Like us on Facebook or follow us on Twitter for more sports updates. You can also download the NDTV Cricket app for Android or iOS.