There is No Doping in English Premier League, Says Arsene Wenger

Arsenal F.C. manager Arsene Wenger said he is unhappy with the current level of drug testing in world football. 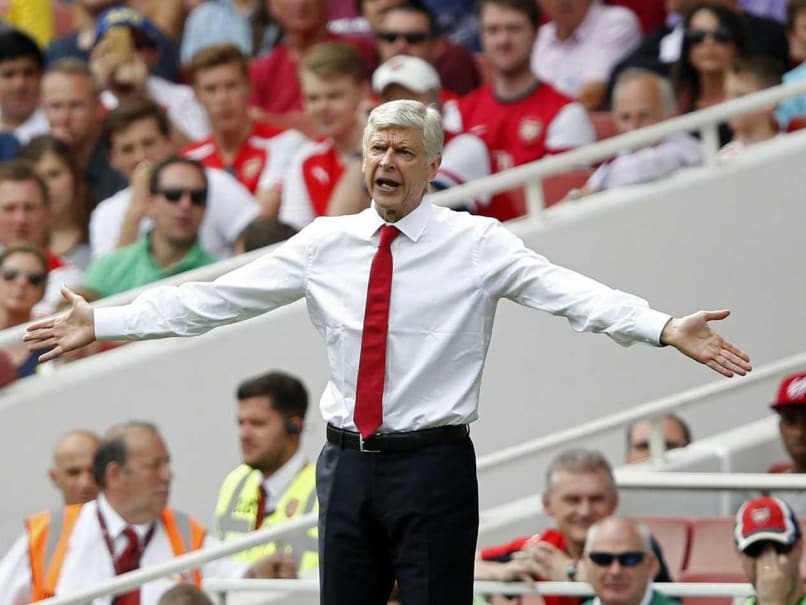 Arsene Wenger had earlier claimed that he has faced many sides who, he suspects, have used performance-enhancing drugs to aid their players.© AFP
London:

Admitting that he is unhappy with the current level of drug testing in football, Arsenal F.C. manager Arsene Wenger asserts that he does not see any signs of doping in the English Premier League. (Click here for latest Football stories)

The coach had earlier claimed that he has faced many sides who, he suspects, have used performance-enhancing drugs to aid their players.

Arsenal were beaten 1-2 by Croatian football club Dinamo Zagreb in the Champions League in September, with one of the Croatian side's star men, Arijan Ademi, later testing positive for a banned substance.

The English Football Association is keen to hold talks with the Arsenal manager over his previous claims that he has faced teams with players who have taken performance enhancing drugs.

"No, I'm not happy with the current level of drug tests in football. I don't think in England, in the Premier League, I don't see any signs of doping at all," Wenger was quoted as saying by beIN Sports on Monday.

"I'm not satisfied with the level of testing because I believe blood tests should be done. If you want to go into a bit more sophistication you have to do blood checks. Urine checks are superficial and not deep enough to say absolutely sure that we have no doping problem in football," the veteran manager said.

The 66-year-old further said, "I think no and I wish no but on the other hand, can you have 740 football players at a World Cup and come out with zero alert on any doping? It's a little bit surprising. I hope it is true but I think to be completely sure about it, you want to go into deeper tests."

The Arsenal coach has also denied witnessing doping first-hand and believes the current rules in place make it almost impossible for governing bodies to catch players who are cheating.

"I recently made statements that I never doped or try to dope anybody in my career and it helps me to sleep much better than if I had done it. Did I witness some strange things during my career? I say, without any doubt, yes. There's always a big difference between having suspicions and proving it and that's why I'm not in a position where I can make a statement, 'I'm sure that he doped," he added.

"For example, now you have three doping tests after the game. If one of the players is doped, the result of the game is not changed. You need two to be doped to have a result of the game changed but if you test only three, it is nearly impossible that you catch a second one."

Comments
Topics mentioned in this article
Arsenal English Premier League Football
Get the latest updates on IPL Auction 2023 and check out  IPL 2023 and Live Cricket Score. Like us on Facebook or follow us on Twitter for more sports updates. You can also download the NDTV Cricket app for Android or iOS.