Despite being down to ten men, Manchester City slammed three goals in the second-half of their EPL match against Southampton. 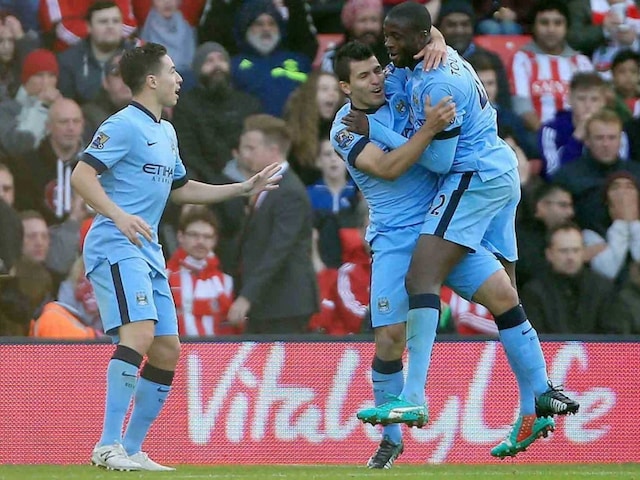 After a goalless first half, Sergio Aguero teed up Toure, who drilled low past Fraser Forster in the 51st minute.

City was reduced to 10 men in the 74th when Eliaquim Mangala was sent off for a second bookable offence for barging over Shane Long.

But Southampton had little time to put pressure on City with an extra man before Frank Lampard scored in the 80th.

Southampton continued to attack, but City struck again on the counter to make the game safe.

Aguero raced down the left and threaded the ball across to Clichy, who converted from close range in the 88th.

Comments
Topics mentioned in this article
Manchester City Southampton Frank Lampard Yaya Toure Gael Clichy Vincent Kompany English Premier League Football
Get the latest Cricket news, check out the India cricket schedule, Cricket live score . Like us on Facebook or follow us on Twitter for more sports updates. You can also download the NDTV Cricket app for Android or iOS.