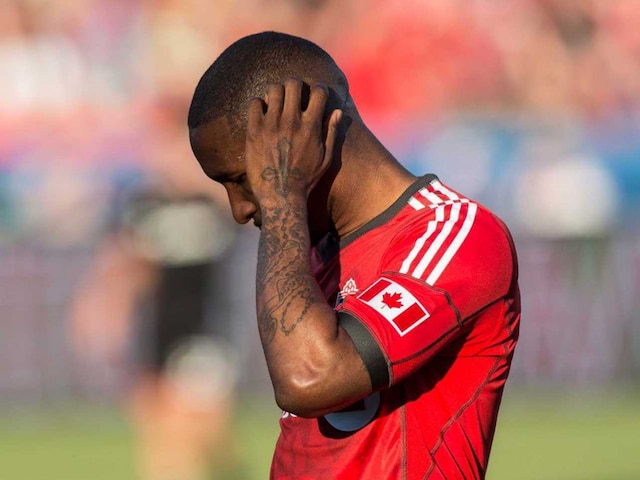 England striker Jermain Defoe is to return to the Premier League after signing for Sunderland from FC Toronto, with Jozy Altidore heading to Canada as part of a swap deal, it was announced Friday.

"I am delighted to be here and I'm looking forward to the challenge," said Defoe.

"It is a great club and I've always enjoyed coming up here and playing against Sunderland because of the stadium and the supporters. It is a great place to play and I'm really looking forward to it."

Defoe is now back in the Premier League after completing just 11 months of a four-year contract with Major League Soccer side Toronto.

Sunderland are a mere point above the relegation zone ahead of this weekend's matches, with a lack of goals -- they've managed just 18 in 21 league games so far this term - proving costly for Gus Poyet's side.

Altidore has drawn a blank in the current campaign and Poyet may well decide to give proven goalscorer Defoe a Sunderland debut at the striker's former White Hart Lane home ground when the Black Cats face Spurs on Saturday.

Poyet was delighted to have his old team-mate on board at north-east club Sunderland.

"I am thrilled that Jermain is a Sunderland player," Poyet said. "I know all about his attributes and his qualities first-hand and his exceptional goal-scoring record speaks for itself.

"We know each other very well -- he was very young when we played together and I was coming to the end of my career, so I know him from inside the pitch.

"When I returned to Spurs as a coach, it was a great experience for me to work with him, so I am really looking forward to having him as my player now and for him to be part of our team.

"I would also like to thank Jozy as his begins his career at his new club. It is a fresh start for him and we wish him well."

Comments
Topics mentioned in this article
Sunderland Tottenham Hotspur English Premier League Jermain Defoe Football
Get the latest Cricket news, check out the India cricket schedule, Cricket live score . Like us on Facebook or follow us on Twitter for more sports updates. You can also download the NDTV Cricket app for Android or iOS.