Ralph Hasenhuttl was appointed Southampton manager in December 2018 and turned around his side's fortunes after a humiliating 9-0 home defeat to Leicester in October last year. 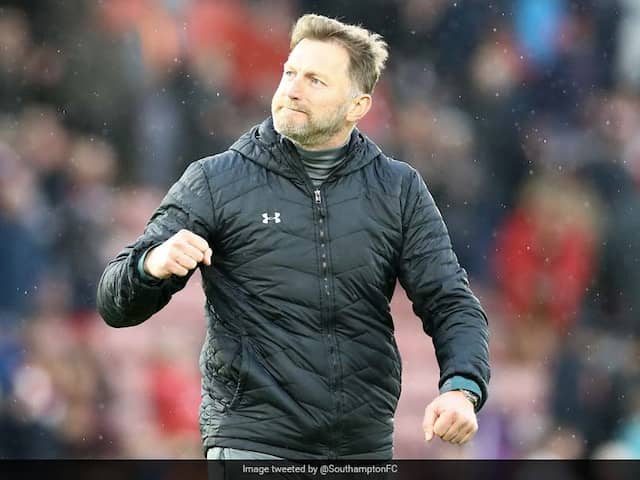 Southampton manager Ralph Hasenhuttl has signed a new four-year contract, the Premier League club announced on Tuesday. The 52-year-old was appointed at St Mary's in December 2018 and turned around his side's fortunes after a humiliating 9-0 home defeat to Leicester in October last year. Southampton were 14th, seven points above the relegation zone, when the season was suspended in March because of the coronavirus.

Hasenhuttl said he had no hesitation about signing a deal that keeps him at the club until 2024.

"I said when I arrived at the club that we were at the beginning of a long journey, and also a journey that would bring emotion and hopefully enjoyment.

"We have already had some moments where we could celebrate together, and some that have been emotional and also challenging."

Saints chief executive Martin Semmens said: "From day one, Ralph has had a positive impact on the club, everyone within it and our fans.

"He joined our club at a time when strong leadership was needed to drive the club forward. This he delivered, but it was the clarity of vision that has ultimately led us to this point."

Southampton English Premier League Football
Get the latest Cricket news, check out the India cricket schedule, Cricket live score . Like us on Facebook or follow us on Twitter for more sports updates. You can also download the NDTV Cricket app for Android or iOS.