Some Spectators Allowed To Return To Sports Events In England

Up to 4,000 people can return to outdoor sports stadiums in parts of England classified as at low risk from coronavirus from December 2, the UK government said. 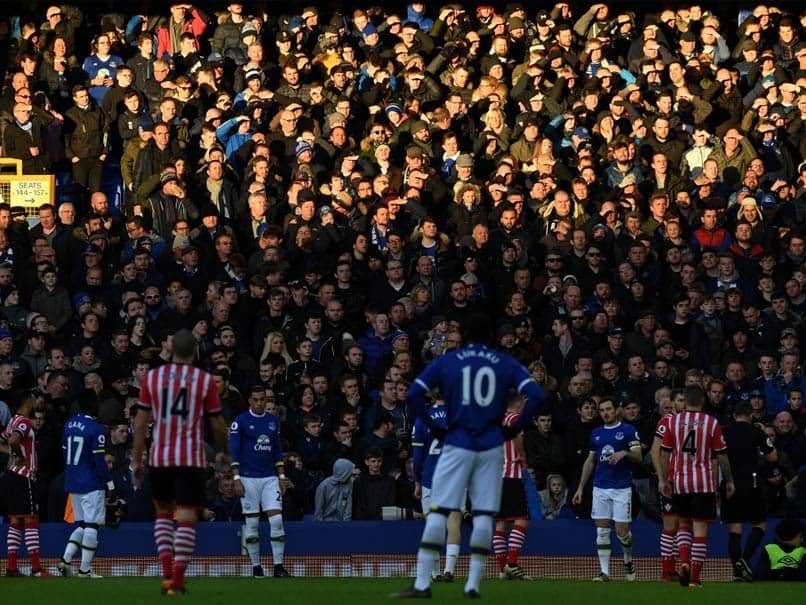 Premier League matches have been played behind closed doors since March.© AFP

Premier League clubs can look forward to welcoming back spectators in highly limited numbers next month for the first time since March, following an announcement by the British government on Monday. Up to 4,000 people can return to outdoor sports stadiums in parts of England classified as at low risk from coronavirus from December 2, the government said, permitting the resumption of attendance at football, rugby and racecourses among other sports. The crowd ceiling will be set at 4,000 or half the stadium capacity, whichever is lower, in the lowest-risk "tier one" parts of the country once a stricter lockdown due to the pandemic ends, the government said.

In the highest "tier three" regions where Covid-19 remains acute, no spectators will be allowed.

A few pilot events have been held with spectators, such as a cricket match at The Oval, while Brighton hosted Chelsea before this season's Premier League got underway.

However, England's football and rugby leagues, and horse racing venues, have not allowed spectators since the first lockdown began in March.

Rugby and racing were among the sports to receive financial aid from the government last week.

Sports facing financial losses as a result of the absence of fans from stadiums can access a 300 million pound 'Winter Survival Package' of loans and grants.

The government said it would spell out which regions of England will sit in which tier on Thursday, based on the latest weekly Covid data.

Prior to the current lockdown, most of the country including London was in tier two.

But three of the biggest Premier League clubs -- Liverpool, Manchester United and Manchester City -- are located in the highest tier three areas, so it is still to be seen whether they will be allowed to admit fans after December 2.

The government said that where spectators are allowed, only home fans will be permitted, to prevent unnecessary travel on public transport by opposing fans.

Premier League chiefs welcomed the news, while making it clear only a return to bigger crowds will ease the sport's financial problems.

"Fans have been greatly missed at Premier League matches and therefore we welcome the Prime Minister's announcement today regarding the return of supporters for the first time since March, albeit at small numbers," a statement said.

"Our ambition remains to work with Government to increase attendance to more substantial levels. Until this can be done, many fans will be unable to attend games and our clubs will continue to operate matches at a financial loss.

"Premier League clubs have a proven track record of achieving high-biosecurity standards and we believe we can play a significant role in the Government's rapid turnaround testing initiative.

"We look forward to working with Government on their next steps."

The Football League, whose clubs have been hit hard by the loss of matchday revenue since March, said: "Whilst today's news is subject to regional restrictions, it is an important step in achieving a return to normal, alongside it being crucial to addressing the significant revenue gap left by a lack of spectators and other revenue streams as a result of the pandemic."

The Football Association added: "We are delighted to see the beginning of the safe return of fans in stadiums for elite sports events and confirmation that spectators at non-elite sports will be able to attend events in line with Covid-secure guidance for each tier."

Fans were relieved to hear stadiums will be open at last and the Football Supporters' Association said: "Clubs, leagues and the Sports Ground Safety Authority have worked hard to put in procedures to make stadiums safe places and we hope this is the first step on the road back to normality."

The cap for indoor events in tier one and two regions will be fixed at 1,000, the government said.

There was also good news for grassroots sports such as children's football outside school will be able to resume after being shut down on November 5.