Manchester United manager Alex Ferguson has admitted he would be happy for Cristiano Ronaldo to return to the club but believes the Portuguese forward is now "unbuyable". 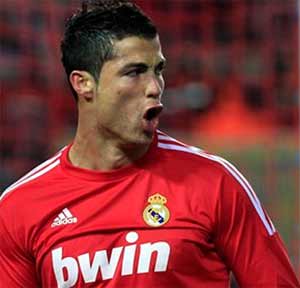 Manchester United manager Alex Ferguson has admitted he would be happy for Cristiano Ronaldo to return to the club but believes the Portuguese forward is now "unbuyable".

Widely regarded as one of the two best players in the world, alongside Barcelona's Lionel Messi, Ronaldo remains a popular figure at United, but Ferguson concedes it is unlikely the 27-year-old will ever return.

Ferguson was asked by a number of British newspapers if the door would always be open for Ronaldo, and he replied: "I'd like to think it would be, but I don't think it will happen.

"You're talking about incredible amounts of money now. What would you think his value would be? He's definitely unbuyable.

"Who could afford to buy him? There's talk of the Russians, perhaps. But do you think he would go to Russia? He complained about the weather here (in Manchester), let alone the middle of winter in Russia.

"He was definitely good value for Madrid but he always wanted to play for them. It was his boyhood dream."

Comments
Topics mentioned in this article
Football Cristiano Ronaldo Manchester City Mark Hughes Alex Ferguson English Premier League
Get the latest Cricket news, check out the India cricket schedule, Cricket live score . Like us on Facebook or follow us on Twitter for more sports updates. You can also download the NDTV Cricket app for Android or iOS.