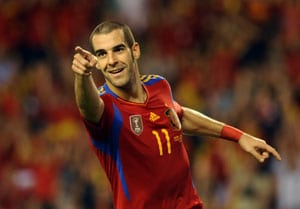 "We are on the verge of sealing the deal with Manchester City. There are just a few loose ends to tie up," Sevilla's president Jose Maria del Nido told a news conference.

"If all goes as planned and the documents are signed later today, this afternoon we will say goodbye to him."

Del Nido said City was going to pay "many millions" of euros to sign Negredo, without giving a specific figure. British media reports put the sum at the equivalent of around 28 million euros ($37 million).

"Sevilla is getting a great deal and the player is signing the contract of his life, so I think we should all be happy."