Manchester City crushed QPR 6-0 to dump the side out of English Premier League. In the process, the team secured a place in next season's Champions League. 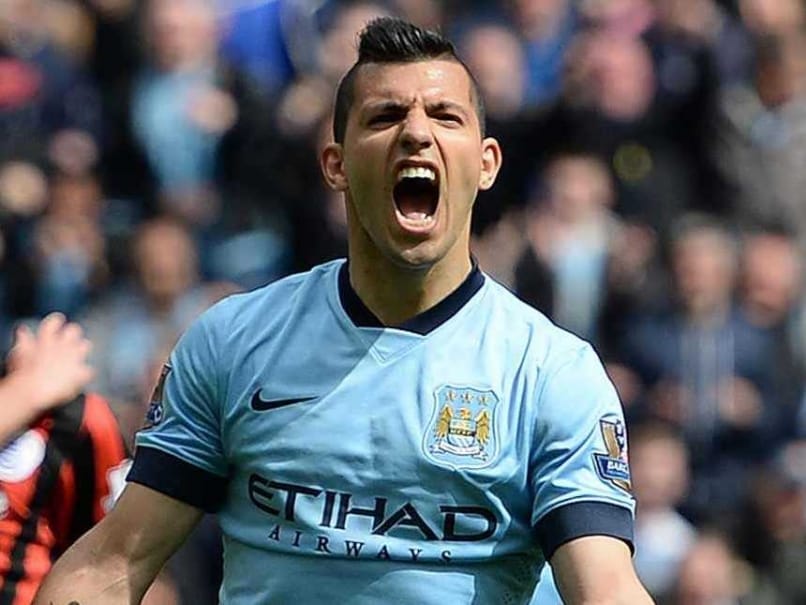 Sergio Aguero celebrates one of his three goals vs QPR.© AFP
Manchester:

Sergio Aguero's hat-trick helped relegate Queens Park Rangers to the Championship as Manchester City strolled to a 6-0 win at the Etihad Stadium that secured their place in next season's Champions League.

After an early goal from the Argentina forward, Aleksandar Kolarov's majestic free-kick handed City a 2-0 interval lead before Aguero scored twice more, taking his league tally for the season to 25 goals, five more than Tottenham Hotspur's Harry Kane, and effectively ensuring he will end the campaign with the Premier League's Golden Boot.

Rangers, needing to win to keep alive their hopes of avoiding relegation, turned in an embarrassing display and defended abysmally to surrender their Premier League status with barely a whimper as James Milner and David Silva completed the rout for deposed champions City, who stayed second behind title-winners Chelsea.

Their fate was as good as sealed in the fourth minute when Aguero collected a Pablo Zabaleta pass just inside the QPR half and powered his way into the area, bundling over a half-hearted challenge by Steven Caulker before burying a shot past Robert Green.

Any faint hope of a Rangers fightback ended after 31 minutes when Richard Dunne's foul on Aguero handed Kolarov a free-kick 22 yards from goal which the full-back planted through the defensive wall and past Green's desperate dive.

With the score still at 1-0, QPR's Charlie Austin had a headed 'goal' ruled out for a clear offside and, just before the half-time whistle, Leroy Fer lobbed a shot against the bar with Bobby Zamora's weak follow-up header allowing England goalkeeper Joe Hart time to recover and save comfortably.

But they were rare moments of respite for a QPR side without Brazilian Sandro because of visa issues and dominated in every aspect of the game.

Milner should have converted a far-post cross from Aguero after 16 minutes, Fernandinho shot into the side-netting from a difficult angle, Eliaquim Mangala missed a simple conversion from six yards following a Milner cross and the over-worked Green saved well from a Silva drive.

Silva ended the first period by firing just over before Rangers once more committed defensive suicide four minutes after the restart from their own corner.

He punted a clearance forward which Yun Suk-young allowed to roll under his boot, freeing Aguero to sprint half the length of the field and plant an unstoppable finish past Green.

Aguero then claimed his treble in the 65th minute to compound the visitors' misery.

Matt Phillips needlessly tugged at Silva as the City forward ran in to meet a cross, presenting Aguero with the penalty from which he easily completed his hat-trick.

Substitute Wilfried Bony had a low shot turned behind by Green after 69 minutes, winning a corner from which Kolarov found the head of Bony, his flick being turned back across an open goal by Aguero for Milner to tap in.

Yaya Toure twice threatened the goal and Bony struck the post, with Milner sending the rebound inches wide with his follow-up shot, as the afternoon turned increasingly embarrassing for the visitors.

Finally, four minutes from time, Ivory Coast striker Bony skilfully back-heeled an Aguero pass into the path of Silva who showed great poise to dribble around Green and shoot into the open goal.

Comments
Topics mentioned in this article
Sergio Aguero Manchester City Queens Park Rangers English Premier League Football
Get the latest updates on IPL 2020, check out the IPL Schedule for 2020 and Indian Premier League (IPL) Cricket live score . Like us on Facebook or follow us on Twitter for more sports updates. You can also download the NDTV Cricket app for Android or iOS.