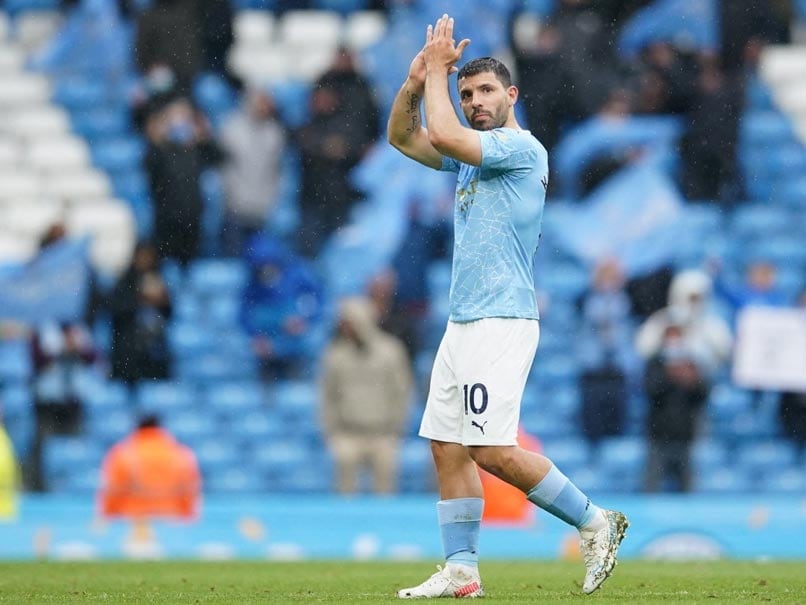 Manchester City manager Pep Guardiola has revealed that Argentine striker Sergio Aguero is close to signing a deal with Spanish club Barcelona. Aguero played his final Premier League game for Manchester City at the Etihad Stadium on Sunday and he ended up scoring two goals after coming in as a substitute. "Maybe I reveal a secret. Maybe he is close to agreeing a deal for the club of my heart -- for Barcelona. He is going to be playing alongside the best player of all time, Messi," Guardiola told BBC, as reported by Goal.com

"I'm pretty sure he is going to enjoy. And maybe Barcelona are stronger and stronger with him on the pitch," he added.

Manchester City defeated Everton 5-0 on Sunday and the side was handed the Premier League title for the 2020-21 season. City finished with 86 points from 38 games.

The Argentine striker is the club's all-time record goal-scorer. Aguero had joined City in 2011 and he has made 388 appearances in all competitions, scoring 260 goals along the way.

Maanchester City has also made it to the finals of the Champions League and they will be playing against Chelsea on May 29 in Porto.

Sergio Aguero Pep Guardiola English Premier League Football
Get the latest updates on ICC T20 Worldcup 2022 and CWG 2022 check out the Schedule, Live Score and Medals Tally. Like us on Facebook or follow us on Twitter for more sports updates. You can also download the NDTV Cricket app for Android or iOS.