Premier League: Andy Robertson said though it was nice to have won Champions League and Premier League winners medals he is hungry to add to them. 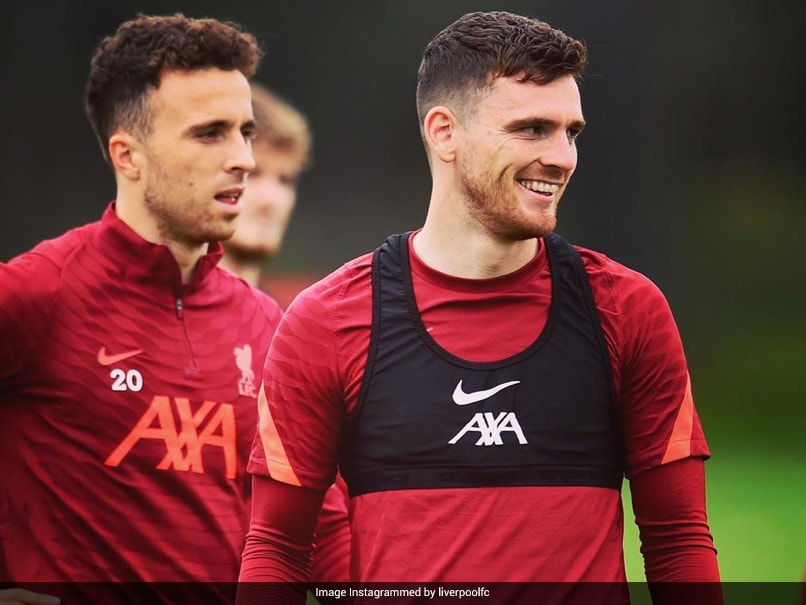 Andy Robertson became the fifth senior player in recent weeks to commit himself to Liverpool when he signed a new long-term contract on Tuesday. The 27-year-old Scottish international left-back follows England defender Trent Alexander-Arnold, Brazilian duo Fabinho, and Alisson Becker and Dutch central defender Virgil Van Dijk in signing new deals with the 2020 champions. Robertson was a pivotal player in both Liverpool's 2019 Champions League success and their league title campaign under Jurgen Klopp.

In all he has made 177 appearances for Liverpool since joining from Hull in 2017 for 8 million pounds (10.9 million dollars).

"I want to stay at this club for as long as possible and to extend my stay, it's always a happy time for me, for my family," Robertson told the club website.

"We're settled here, we love everything about this football club and I'm glad that the journey is continuing."

Robertson said though it was nice to have won Champions League and Premier League winners medals he is hungry to add to them.

"When you sign for a massive club obviously you have ambitions to become a regular player for Liverpool, to win trophies for this club, to do everything else -- but the way it's gone has been excellent," he said.

"But since the very start of my career I've always been one to look forward; that's in the past, that's something that I can sit down with the people who want to listen to me when I've hung up my boots and retired and I can tell them all the stories that we've already made.

"They're certainly building up but I want to make more and obviously hopefully starting with this season.

"We want to achieve more, we want to bring hopefully more trophies, more happiness to this club."

Klopp has prioritised re-signing key players to new contracts rather than spending millions on bringing in fresh talent.

Their sole signing has been France Under-21 defender Ibrahima Konate, who joined from Bundesliga side RB Leipzig for a reported 36 million pounds.

Liverpool English Premier League Football
Get the latest updates on ICC T20 Worldcup 2022 and CWG 2022 check out the Schedule, Live Score and Medals Tally. Like us on Facebook or follow us on Twitter for more sports updates. You can also download the NDTV Cricket app for Android or iOS.