Scenarios For A Potential Return Of The Premier League

The Premier League campaign has been postponed until at least April 30 because of the coronavirus pandemic, but the chances of a return in May look bleak. 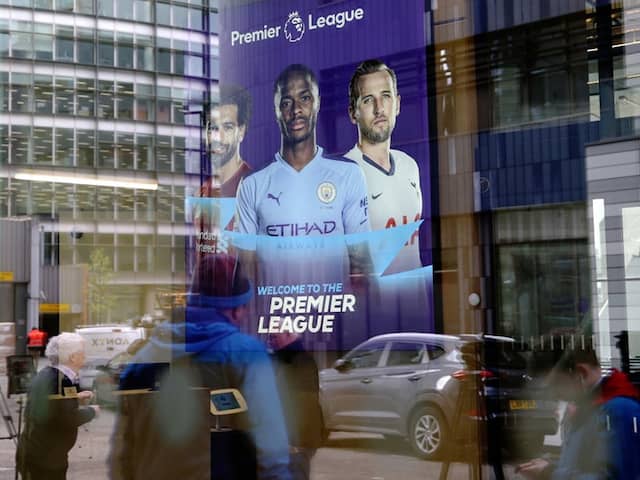 English football's major stakeholders will meet on Friday to discuss their options to rescue a season derailed by the coronavirus outbreak. The Premier League campaign has been postponed until at least April 30 because of the pandemic, but the chances of a return in May look bleak. AFP Sport takes a closer look at the various scenarios that are likely to be considered in the talks over if and how to finish the season.

One option is for clubs to converge on a neutral location in which all remaining games are played behind closed doors, with only essential personnel and broadcasters allowed to attend.

There is believed to be growing support among clubs for this plan, with nine rounds of matches potentially in line to be staged in June and July.

Fixtures would reportedly be played in one or two locations in the Midlands and London.

That could mean players and coaches being quarantined away from their families in World Cup-style camps to avoid infection, with stadiums, hotels and training facilities undergoing a deep clean.

A radical upturn in testing for the virus in the United Kingdom over the next two months is the key to this plan for a number of reasons.

Firstly, to ease players' concerns of contracting COVID-19 while playing, but also to avoid criticism of privileged professional players being tested with mild or no symptoms if that is not available to the general public and in particular frontline workers.

If the curve of cases is not significantly flattened come the summer the optics for the Premier League to have medical officials at non-essential events would also not be good.

Given the massive impact of the virus on society in general, it is seen in some quarters as morally inappropriate for football to return too soon.

Instead of rushing back to action, waiting until the virus is completely under control before play resumes is the preferred strategy in this scenario.

With the virus reportedly set to peak in the UK in June, that could mean remaining in sporting lockdown until August or September.

Waiting would allow the current season to be completed in full, ensuring the Premier League does not have to repay an estimated £750 million ($930 million, 842 million euros) to television companies for breach of contract.

But it would have a huge knock-on effect for next season, potentially leading to a shortened schedule in 2020-21 in a bid to be ready for the delayed European Championship.

Tottenham striker Harry Kane believes the campaign should be cancelled if it cannot be finished by the end of June.

"Playing into July or August and pushing next season back, I don't see too much benefit in that," Kane said.

"Probably the limit for me is the end of June. If the season's not completed by the end of June we need to look at the options and just look forward to next season."

In what would be the worst-case scenario for the Premier League, some clubs reportedly want to abandon the current season immediately.

Senior figures in English club football believe there is "no place for sport at the moment", according to a recent report in the Athletic.

FA chairman Greg Clarke reportedly told the Premier League earlier this month he does not believe the season will be completed.

Declaring the season over could trigger legal action from a host of clubs, regardless of whether or not the standings are allowed to count.

Liverpool need only two more wins to confirm their first league title since 1990 and hold a 25-point lead over Manchester City.

Cancelling the season would scupper their hopes of ending a 30-year title drought, unless it was agreed to declare them champions anyway.

Manchester United, Wolves, Sheffield United and Tottenham, all currently outside the top four, would surely claim they had been unfairly been denied a chance of Champions League qualification.

Aston Villa would be relegated along with Norwich and Bournemouth, but Dean Smith's team would point to the game in hand that would lift them above Watford to safety if they won it.

In the Championship, the current top two are Leeds and West Bromwich Albion and they would be furious if a 'null and void' ruling robbed them of a lucrative promotion.