Liverpool will face their first serious test of the Premier League campaign when they visit Tottenham Hotspur on Saturday. 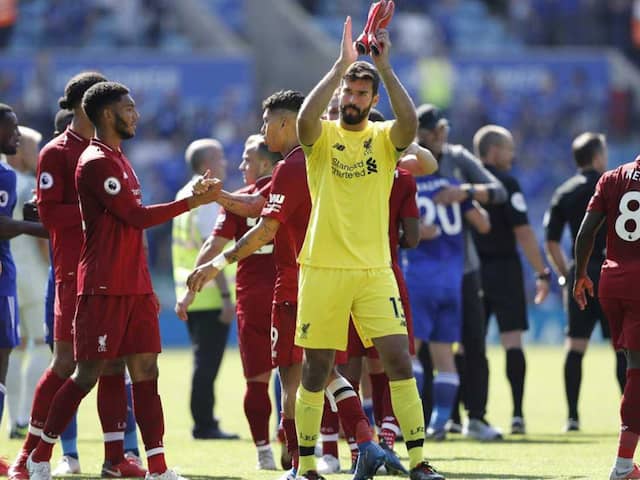 A perfect start from their opening four games has raised expectations over Liverpool's title credentials, but Jurgen Klopp's men face their first serious test of the Premier League campaign at Tottenham Hotspur on Saturday. After dismissing West Ham 4-0 on the opening weekend of the season, Liverpool have had to show a more resilient approach in narrow victories over Crystal Palace, Brighton and Leicester City, compared to the free-scoring side that romped to the Champions League final last season. Indeed, the only goal the Reds have conceded so far this term came from a howler by 65-million pounds (USD 84 million) goalkeeper Alisson Becker in trying to dribble his way out of trouble at Leicester.

The installation of Joe Gomez alongside Virgil van Dijk at centre-back, allied to the continued improvement of young full-backs Andrew Robertson and Trent Alexander-Arnold and the addition of Alisson, makes the current Liverpool defence far harder to breach than on their last visit to Wembley.

Harry Kane ran riot back then in October last year, scoring twice and forcing Klopp to substitute Dejan Lovren after just 30 minutes as Spurs cruised to a 4-1 win.

Kane will be keen to get back among the goals with lingering questions over his early-season form and fitness in a FIFA World Cup 2018 hangover since picking up the Golden Boot in Russia.

And there will be even more responsibility on Kane's shoulders with captain Hugo Lloris and Dele Alli ruled out through injury.

Defeat at Watford just before the international break punctured Spurs' own push to be considered title contenders.

But victory for Spurs will take them level with Liverpool at the top of the table for at least a few hours before other front-runners Chelsea, Watford and Manchester City are in action later on Saturday.

Watford are the early surprise package of the season thanks to four straight wins to stand alongside pace-setters Liverpool and Chelsea.

Hornets boss Javi Gracia has earned a reputation for big scalps, upending Barcelona and Real Madrid during his time in Spain with Malaga, and thrashing Chelsea 4-1 in his first match in charge at Vicarage Road to go with victory over Spurs two weeks ago.

United got back on track with a comfortable win at Burnley before the international break to calm the storm surrounding Jose Mourinho's future.

But should Mourinho's men suffer a third defeat in five league games, the chances of catching the likes of Liverpool and City would already look forlorn.

At the other end of the table, West Ham remain the only side without a point after four games despite a huge transfer spend of nearly 100 million over the summer.

Former Man City manager Manuel Pellegrini has not just been backed in the transfer market, but also with the patience of the Hammers hierarchy.

However, the Chilean is now the favourite to be the first Premier League manager of the season to be sacked and his odds will only shorten if he fails to inspire a response away to Everton on Sunday.