Leading politicians in the UK have weighed in on the discussion, with some saying that footballers at Premier League clubs should take pay cuts. 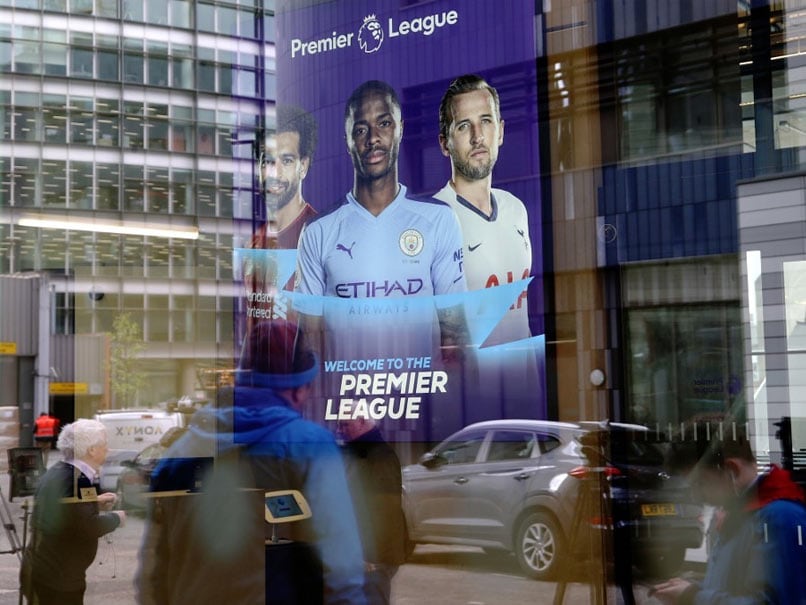 The Premier League is currently suspended due to coronavirus.© AFP

Highly-paid Premier League players are coming under pressure to follow the example of some of their fellow professionals at the biggest clubs in Europe and take a cut in salary during the coronavirus pandemic. Leading politicians have weighed in while discussions are ongoing between the Premier League, Football League and the players' union over the highly-charged issue. Some observers fear that if the standoff continues much longer, it could cause damage to the brand of the Premier League, Europe's wealthiest league.

Premier League club chairmen are likely on Friday to push back further the date for a resumption of the season.

Health Secretary Matt Hancock -- whose department has come in for significant criticism over testing and preparedness to combat the pandemic -- made no bones about where he stood on the issue of salaries.

Asked on Thursday whether it was ethical for clubs to put non-playing staff on the government-funded furlough scheme as Tottenham have done, Hancock said everyone needed to play a part in the fightback against coronavirus.

"That means Premier League footballers too," he told a news conference.

"Given the sacrifices that many people are making, including some of my colleagues in the NHS (National Health Service) who've made the ultimate sacrifice of going into work, and have caught the disease and have sadly died, I think the first thing Premier League footballers can do is make a contribution, take a pay cut and play their part."

The players' union, the Professional Footballers' Association (PFA) -- whose chief Gordon Taylor is the highest paid union official in the United Kingdom -- issued a statement saying the clubs should pay the non-playing staff.

"We are aware of the public sentiment that the players should pay non-playing staff's salaries," it read.

"However, our current position is that -- as businesses -- if clubs can afford to pay their players and staff, they should.

"Any use of the government's support schemes without genuine financial need is detrimental to the wider society.

"In instances where clubs have the resources to pay all staff, the benefit of players paying non-playing staff salaries will only serve the business of the club's shareholders."

Footballers, though, could feel they have been give a rough ride as many have been helping out in significant ways.

Norwich's players, management and executives have donated 200,000 pounds to help local people affected by the virus.

However, former Spurs and England forward Gary Lineker -- who has a huge following on social media -- said his former club had mishandled the non-playing staff furlough issue.

But Lineker, a TV presenter and pundit for the BBC, said the issue of the players' wages was different.

"It's the club that has said that the players are going to carry on with their wages," said Lineker, who has donated two months of his BBC salary to the British Red Cross.

"Let's see how the players react to it."

However, at a time when thousands of people are fearing for their livelihoods, there appears to be growing public calls for Premier League players to emulate their fellow professionals across Europe and take voluntary salary reductions.

The Juventus squad has also taken a cut and leading German clubs have paid into a fund to support struggling lower-league clubs.

"My inkling is that footballers will take pay cuts, they will help out in communities, they will make donations in whatever way they can, and I think we need to be a little bit patient with them," said Lineker.

"The PL players are more than likely working on a proposal to help clubs, communities and the NHS," Neville tweeted.

"It takes longer than 2 weeks to put together. Matt Hancock calling them out when he can't get tests in place for NHS staff is a f@@@@@g cheek!"