The Premier League on Thursday postponed six more matches due to the wave of coronavirus infections hitting Britain, but said it intended to "continue its current fixture schedule where safely possible" as calls for a circuit break intensified. 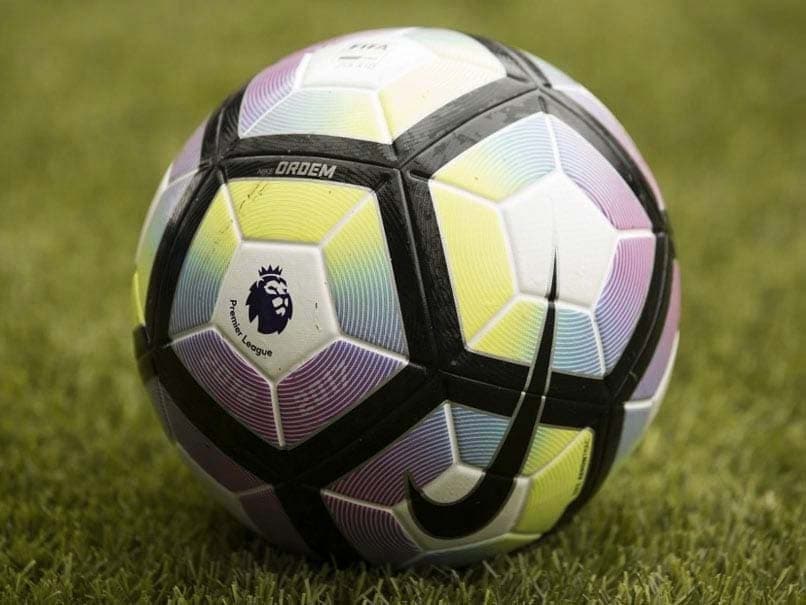 PL: Six more matches were postponed due to the wave of coronavirus.© AFP

The Premier League on Thursday postponed six more matches due to the wave of coronavirus infections hitting Britain, but said it intended to "continue its current fixture schedule where safely possible" as calls for a circuit break intensified. Leicester's scheduled match against Tottenham was postponed just hours before kick-off on Thursday. Five more games scheduled for this weekend have also been postponed due to outbreaks at Manchester United, Brentford, Norwich and Watford. United's home clash with Brighton, Brentford's trip to Southampton, Watford's meeting with Crystal Palace and West Ham's fixture against Norwich have all been called off along with Leicester's visit to Everton.

For the second consecutive day, record numbers of Covid-19 cases were recorded in Britain as the Omicron variant runs riot, with fears growing that the crisis could derail the football season.

Brentford boss Thomas Frank led calls for a firebreak of at least a week to allow the infection rate to stabilise.

"Covid cases are going through the roof at all Premier League clubs. Everyone is dealing with it and having problems," said the Dane.

"To postpone this round and also the Carabao (League) Cup round (next week) would give everyone a week at least, or four or five days to clean and do everything at the training ground so everything is clean and you break the chain."

However, the Premier League insisted games will continue where it is safe to do so and defended the rationale of postponements on a case-by-case basis rather than when a threshold of positive cases is passed.

"While recognising a number of clubs are experiencing COVID-19 outbreaks, it is the League's intention to continue its current fixture schedule where safely possible," the Premier League said in a statement. "The health and wellbeing of all concerned remains our priority."

Brentford, Watford and Leicester have all closed their training grounds to contain the outbreak, while Norwich and Manchester United were unable to field a side due to positive cases and injuries.

"(The Premier League board) will assess a number of factors, including the ability of a club to field a team; the status, severity and potential impact of the COVID-19 outbreak at the club; and the ability of the players to safely prepare for and play the match," the league's statement added.

Two matches did take place on Thursday in front of full crowds as Liverpool beat Newcastle 3-1 and Chelsea were held 1-1 by Everton despite outbreaks at Liverpool and Chelsea.

Both clubs are among those still due to play over the weekend.

Chelsea were without Romelu Lukaku, Timo Werner and Callum Hudson-Odoi as well as injured left-back Ben Chilwell due to positive tests.

"I will not get involved in this sport politics," said Chelsea boss Thomas Tuchel. "Other games get cancelled, ours didn't so we have to do our best to win it."

Liverpool shrugged off the loss Virgil van Dijk, Fabinho and Curtis Jones but the status of their trip to Tottenham on Sunday will depend on how the outbreak is contained in the coming days.

Another 10 matches have been postponed in the English Football League (EFL) as the authorities urged players to get vaccinated or their booster shot against the virus.

The EFL, which runs the second, third and fourth tiers, said 25 percent of players were still refusing to get the jab based on their data from November with just 59 percent double vaccinated.

According to The Times, the level of unvaccinated players is aggravating the crisis as they still have to isolate after coming into close contact with someone who has tested positive.

Liverpool boss Jurgen Klopp reiterated his call for players to ignore "lies and misinformation" around the vaccine.

"I follow the advice of smart, educated people who know their field because they've dedicated their lives to it and have studied it," the German said in his programme notes ahead of Thursday's match.

"Ignore those who pretend to know. Ignore lies and misinformation. Listen to people who know best. If you do that, you end up wanting the vaccine and the booster."

Liverpool Virgil Van Dijk English Premier League Football
Get the latest updates on ICC Women's Cricket World Cup 2022 and IPL 2022, check out the Schedule , Live Score and IPL Points Table. Like us on Facebook or follow us on Twitter for more sports updates. You can also download the NDTV Cricket app for Android or iOS.