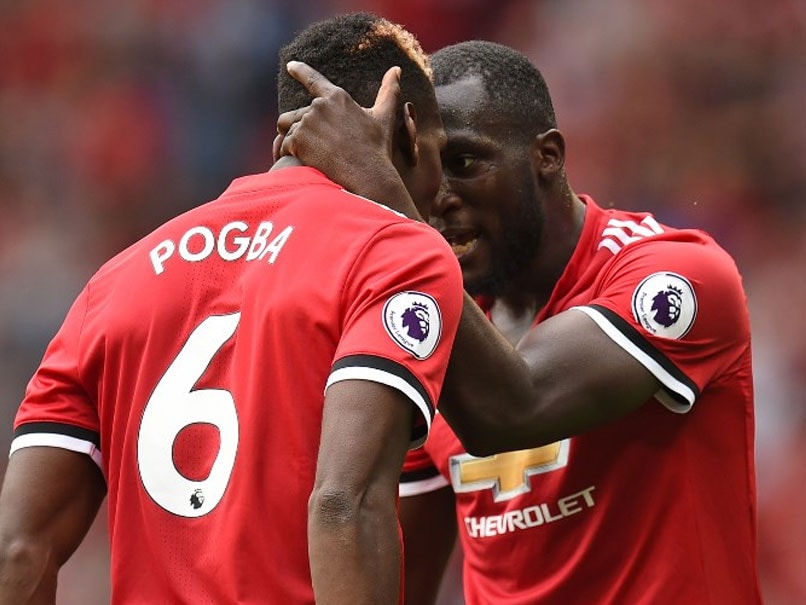 Romelu Lukaku enjoyed a dream Premier League debut for Manchester United as the Belgian's brace inspired a 4-0 rout of West Ham, while Jonjo Shelvey's dismissal was the pivotal moment in Tottenham's 2-0 win at Newcastle on Sunday. United manager Jose Mourinho paid a British record £75 million ($96 million, 82 million euros) to sign Lukaku from Everton in the close-season and the 24-year-old needed just 33 minutes to get off the mark for his new club. Accelerating on Marcus Rashford's pass, Lukaku drilled a powerful strike in off the post to put United ahead in their Premier League opener at Old Trafford.

Lukaku was virtually unplayable at times and he doubled United's advantage in the 53rd minute with a bullet header from Henrikh Mkhitaryan's free-kick.

Substitute Anthony Martial added United's, slotting past Joe Hart in the 87th minute, before Paul Pogba's 90th minute strike sent Mourinho's men to the top of the table above Huddersfield on goal difference.

Once sold by Mourinho when the pair were at Chelsea together, Lukaku could be the catalyst for a first serious title challenge from United since Alex Ferguson retired in 2013.

"To play in front of such a crowd is a dream come true but most important is the three points," Lukaku said.

"When you play for Manchester United, you have a job to do and mine is to score goals."

Lukaku wasn't the only impressive United debutant, with Nemanja Matic delivering a solid display that underlined why Chelsea manager Antonio Conte was so miffed his club sanctioned the £40 million sale of the Serbia midfielder to a title rival.

"We did not start especially well, we looked nervous but then we put in a quality performance," Mourinho said.

"A word that I like is confidence, they played with confidence and played football. It was a very positive performance."

At St James' Park, Shelvey was sent off early in the second half for deliberately treading on Tottenham star Dele Alli, who was on the ground only yards from referee Andre Marriner.

Alli got his revenge by firing Tottenham ahead in the 61st minute with a cool close-strike from Christian Eriksen's superb lofted pass.

Following Tottenham's Danny Rose had ranted about the club's failure to sign quality players during the close-season, it was fitting that the injured left-back's replacement Ben Davies was the man to increase his side's lead in the 70th minute.

Alli, Eriksen and Harry Kane opened up Newcastle with a flowing move before Davies produced a clinical finish.

Having finishing second last term, Tottenham will hope their winning start bodes well for a sustained bid to dethrone Chelsea.

Pochettino's side host the champions next weekend in their first league match at Wembley following their move to the national stadium while White Hart Lane is being redeveloped this season.

By then, the Argentine would like to have added to his squad after a frustrating transfer window.

"It was important to start with three points, but it wasn't a great game and wasn't our best performance," Pochettino said.

"The balance of the team is the main thing and we need some new players to bring some new energy."

Newcastle boss Rafael Benitez revealed Shelvey apologised to his team-mates for ruining the promoted club's return to the top-flight.

"The sending off changed everything. He made a mistake," Benitez said.

"Hopefully he will learn from it. He has apologised but that changes nothing now."