Manchester United, Huddersfield Town and West Bromwich Albion now are the only teams to boast the only 100 percent records in the Premier League 2017/18. 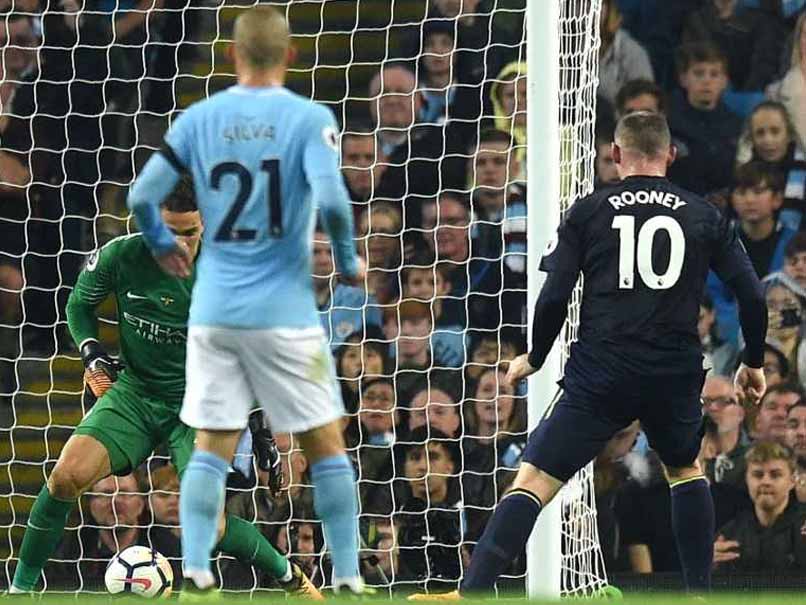 Raheem Sterling came on to score an 82nd-minute equaliser as 10-man Manchester City rescued a 1-1 draw against Everton in their opening Premier League home game on Monday night. Wayne Rooney put Everton ahead with his 200th Premier League goal before City home debutant Kyle Walker was contentiously shown a second yellow card following a collision with Dominic Calvert-Lewin. Sterling, a half-time substitute, rewarded heavy City pressure by slamming in a late equaliser and Everton also finished with 10 men after Morgan Schneiderlin, too, was given a debatable second caution.

"I am pleased with all of them, but we lost two points," City manager Pep Guardiola told Sky Sports.

"We are here for the results. At the end, we have to try to analyse the performance. Ten against 11, a Europa League team. We tried. We missed some chances at the end. Even though we scored, we could not win."

City preserved their record of never having lost their first home Premier League game, but the main upshot was that Manchester United, Huddersfield Town and West Bromwich Albion now boast the only 100 percent records in the league.

While Guardiola was unable to avenge the 4-0 thrashing masterminded by his old Barcelona team-mate Ronald Koeman in January's meeting between the teams at Goodison Park, there was steeliness to his side's second-half reaction.

For Koeman, who gave a second-half debut to record 45 million pounds (USD 57.9 million, 49.3 million euros) recruit Gylfi Sigurdsson, this was a sign that his side are now genuine contenders for a Champions League place.

"They did not create a lot of open chances," the Everton manager told BBC Sport.

"They had the domination in the game and on the counter-attack. We had some good opportunities."

Koeman conceded there were "doubts about both red cards", but accused City's players of trying to "influence the referee" following Walker's dismissal in the 44th minute.

City made one change from their 2-0 win at Brighton and Hove Albion, Leroy Sane replacing Danilo at left wing-back, and with Everton content to sit back and absorb pressure, the hosts took the game to them.

Everton goalkeeper Jordan Pickford was obliged to parry a rasping Nicolas Otamendi drive and Sergio Aguero teed up David Silva to crash a low shot against the left-hand post.

But the pace of Calvert-Lewin made Everton a constant threat on the break and shortly after Silva had rattled the woodwork, they went ahead in the 35th minute.

Sane's under-hit pass let in Calvert-Lewin and he skipped past Fernandinho before crossing for Rooney, who stroked the ball between Ederson's legs before provocatively cupping his ears in celebration.

Rooney, jeered throughout due to his Manchester United connections, becomes the second player to score 200 goals in the post-1992 Premier League era after Alan Shearer, who notched 260 for Blackburn Rovers and Newcastle United.

It was a sucker-punch for City and worse was to come when Walker, who had just been booked for sliding in on Leighton Baines, was questionably shown a second yellow card by referee Robert Madley for backing into Calvert-Lewin.

Guardiola introduced Sterling in place of Gabriel Jesus at the interval and the former Liverpool man led the charge for an equaliser.

He twice shot over the bar, the second time from an excellent position, but after fellow substitute Danilo had been denied by Pickford, he netted the leveller.

Everton right-back Mason Holgate was unable to get decent purchase on a headed clearance from Danilo's cross and the ball fell kindly for Sterling to lash an emphatic volley into the bottom-left corner from 15 yards.

In the last act of a frenetic game, Schneiderlin was harshly shown a second yellow card after sliding in to dispossess Aguero.

The French midfielder showed his displeasure with Aguero's theatrical reaction by wagging his finger in his face as he went off.

Comments
Topics mentioned in this article
Manchester City Everton Wayne Rooney Raheem Sterling English Premier League Football
Get the latest updates on India vs South Africa and check out  Schedule, Results and Live Score. Like us on Facebook or follow us on Twitter for more sports updates. You can also download the NDTV Cricket app for Android or iOS.