Paul Pogba had been linked with a move away from Old Trafford with Barcelona's interest reportedly piqued by his frosty relationship with Jose Mourinho. 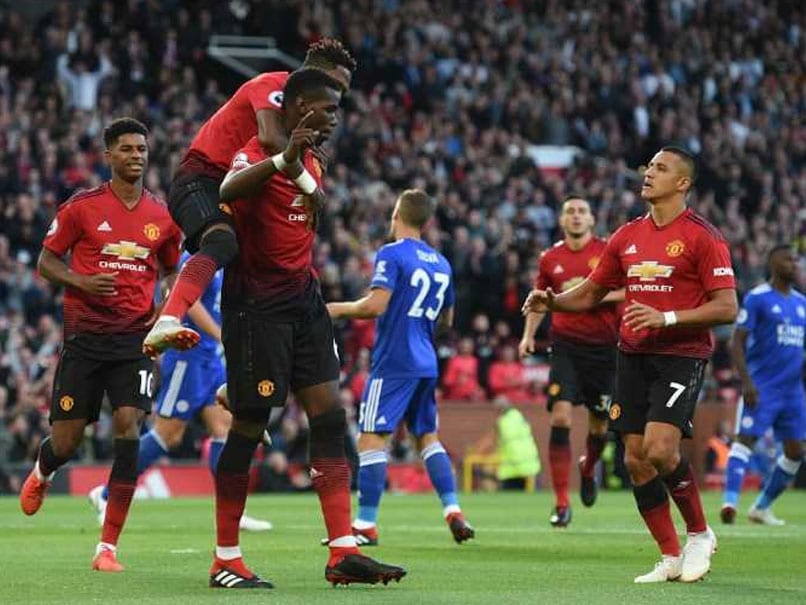 Manchester United midfielder Paul Pogba declared his pride at being named captain for Friday's Premier League opening 2-1 win over Leicester City, but pointedly suggested he wants to be trusted more by manager Jose Mourinho. Mourinho surprisingly put Pogba straight into the starting line-up and handed him the armband even though the Frenchman had just returned to training on Monday after his exertions in lifting the FIFA World Cup 2018 less than a month ago. Pogba responded with what Mourinho described as a "monster" performance and took responsibility from the penalty spot to open the scoring after just three minutes of the season.

"Of course it makes me proud, it makes me happy to wear this (armband) at a big club like Manchester United," said Pogba.

The man who cost United a then world record 89 million pounds (105 million euros, USD 116 million) in 2016 was routinely dropped by Mourinho last season, and had been linked with a move away from Old Trafford in recent days with Barcelona's interest reportedly piqued by his frosty relationship with the Portuguese coach.

And Pogba seemed to call for more trust from Mourinho this season.

"Like I always say, I always give my best for the fans, for my team-mates, for the people that trust me," the midfielder said.

Mourinho has clashed with the club's hierarchy in recent weeks and showed his frustration at not adding to his squad before Thursday's transfer deadline.

"Football is changing, and managers should be called head coaches," said Mourinho after beating Leicester, who he flagged as a side that should not be underestimated as they "invest more than us."

Yet, despite Mourinho's earlier warning that United face a "difficult" season after failing to be back him in the transfer market, a winning start did brighten the mood around Old Trafford.

"It's three points, it's what we wanted," said Pogba.

"Of course the performance wasn't the best, but it's better to start like this and finish well than start very well and finish bad.

"We know the players, and myself as well, didn't have a lot of training and we played a game.

"We knew we were not going to be fit, 100 per cent, but the most important was to start well the Premier League."

Paul Pogba Jose Mourinho English Premier League Football
Get the latest updates on India vs South Africa and check out  Schedule, Results and Live Score. Like us on Facebook or follow us on Twitter for more sports updates. You can also download the NDTV Cricket app for Android or iOS.