Premier League Presses On With "Project Restart" Despite Mounting Worries

The Premier League has a huge number of hurdles to clear if it is to follow Germany's Bundesliga, which plans to return from a two-month coronavirus shutdown later this week. 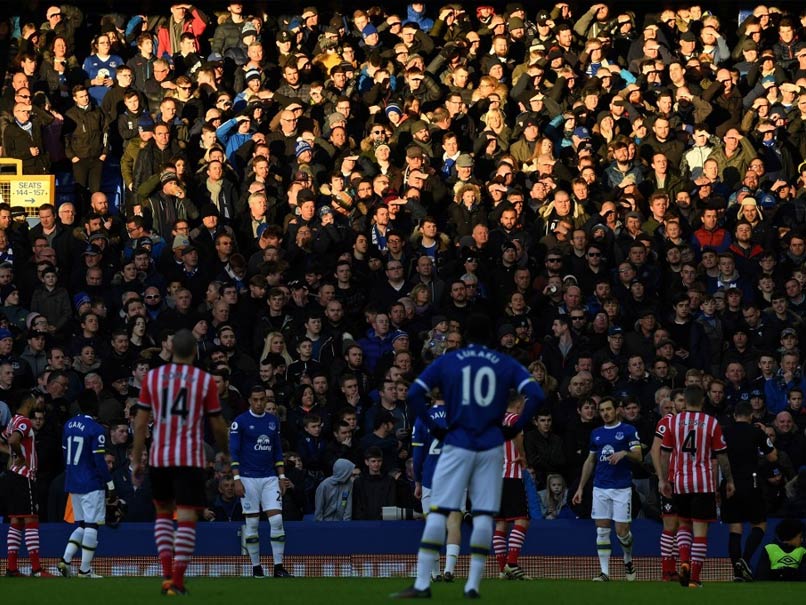 Premier League clubs stand to lose 1 billion pounds if the season is not completed.© AFP

Premier League clubs meet on Monday for further talks on "Project Restart" despite growing disquiet among players over safety issues and divisions over proposals on how to end the season. The English top flight has a huge number of hurdles to clear if it is to follow Germany's Bundesliga, which plans to return from a two-month coronavirus shutdown later this week. A return to training in small groups is seen as the next step and clubs hope to get more guidance from the British government on Monday over when this will be possible after the lockdown in England was eased by Prime Minister Boris Johnson.

Players, coaches and staff will need to be tested at least twice a week at a significant cost to the clubs, with tests being privately sourced.

Protocols also need to be agreed on what would happen in the event of a positive test, an issue that was brought into sharp focus when Brighton confirmed on Sunday that a third member of their squad had tested positive.

Cases have also been found in squads in Germany, Italy and Spain in recent days, but have been met with different responses.

German second-tier side Dynamo Dresden placed their entire squad into a 14-day quarantine on Saturday after discovering two new cases of the virus.

However, five La Liga players who tested positive have been quarantined at home, while their teammates continue to train in preparation for a return to action.

"We are just people too"

Players have voiced their concerns at the prospect of being rushed back into training and eventually contact sport at a time when the rest of the public remain encouraged to abide by social-distancing guidelines.

"We are just people too," tweeted Norwich midfielder Todd Cantwell.

A study for the Office for National Statistics, showing black people are nearly twice as likely to die with coronavirus as white people in England and Wales, has also raised concerns.

"There are players who have voiced genuine concerns," Bobby Barnes, deputy chief executive of the Professional Footballers' Association told the Times.

"Some of the young black players I've spoken to have read what's in the press and want answers to that. 'Am I more affected in my demographic and if so, why?'"

The Premier League's desire to overcome so many obstacles to complete the campaign is rooted in economic necessity.

Clubs stand to lose an estimated 1 billion pounds ($1.2 billion) if the season is not finished, but 760 million pounds of that comes from TV contracts that would be satisfied if games were played behind closed doors.

Financial worries are also causing divisions among the 20 top-flight clubs, which could end the chances of a return to action.

A group of clubs near the bottom of the table are fiercely opposed to plans to play the remaining 92 games at neutral venues.

League chiefs believe they will only get the government's green light to restart if the number of venues are limited to reduce the medical, police, security and broadcast personnel required.

"With all these compromises and health risks we are asked to finish a competition that bears no resemblance to the one we started," Watford's chairman and chief executive Scott Duxbury told the club's website.

"So is this fair? Does it have any semblance of sporting integrity? Of course not."

The suspicion is they will only back down if there is no relegation this season.

But that could cause even more financial hardship to the league as a whole. Broadcasters are not keen on spending hundreds of millions for a series of glorified friendlies with no fans in the grounds.

English Football League chairman Rick Parry suggested last week that legal action would be launched if promotion were denied to three clubs from the second-tier Championship.

Comments
Topics mentioned in this article
English Premier League Football
Get the latest updates on IND vs NZ 2021, check out the Schedule and Live Score . Like us on Facebook or follow us on Twitter for more sports updates. You can also download the NDTV Cricket app for Android or iOS.