The Premier League said on Friday that clubs would consult players over a combination of pay cuts and deferrals amounting to 30 percent of their annual salary. 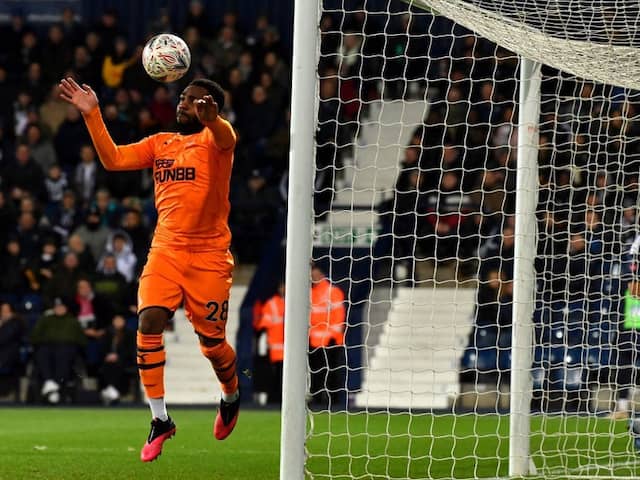 Newcastle defender Danny Rose says footballers feel their "backs are against the wall" over talks about wage cuts, with Premier League clubs due to speak with players' representatives on Saturday. Top-flight stars, currently out of action due to the coronavirus, have come under fire after a number of clubs furloughed non-playing staff but left players' wages untouched. The Premier League said on Friday that clubs would consult players over a combination of pay cuts and deferrals amounting to 30 percent of their annual salary.

They also agreed to provide a $153 million fund for the English Football League and National League and pledged 20 million pounds in charitable support for the National Health Service and other groups.

Newcastle, where Rose is on loan, and his parent club, Tottenham, are among clubs to have furloughed some non-playing staff.

"We're all keen to make something happen," Rose told the BBC.

"I can only speak for myself but I would have no problems whatsoever contributing some of my wages to people who are fighting this on the front line and to people who have been affected by what's happening at the minute."

On Friday, a hospital in London identified Rose as the individual behind a 19,000-pound donation to hospital funds.

Liverpool skipper Jordan Henderson led talks between Premier League club captains over what action they could take, a move that begun before Health Secretary Matt Hancock on Thursday joined those singling out footballers.

"We sort of feel our backs are against the wall," Rose said. "Conversations were being had before people outside of football were commenting.

"I've been on the phone to Jordan Henderson and he's working so hard to come up with something.

"It was just not needed for people who are not involved in football to tell footballers what they should do with their money. I found that so bizarre."

Wolves captain Conor Coady said it was time for players to help out.

"What's come out now is the 30 percent cut," he said. "We get judged every single day of our lives. The time now is to go forward and make a donation."

Sheffield United boss Chris Wilder has backed players and managers to "do the right thing" by taking a pay cut.

"A lot of footballers, past and present, have got a huge conscience about what we do and doing the right thing," he told the BBC.

Wilder said any decisions made should be taken in a united way.

He added: "It is important we get it right and don't go individual. It is a little bit disappointing now when you see clubs making individual statements and going their own way."

Burnley said they would face a shortfall of up to 50 million pounds if the Premier League season could not be completed due to the COVID-19 pandemic.

"It's a completely unprecedented situation that we and other Premier League clubs face and which we could not have foreseen in any way only just a few weeks ago," said Burnley chairman Mike Garlick.

"It's now not just about Burnley or any other individual club any more, it's about the whole football ecosystem from the Premier League downwards and all the other businesses and communities that feed from that ecosystem."

Comments
Topics mentioned in this article
Football English Premier League
Get the latest Cricket news, check out the India cricket schedule, Cricket live score . Like us on Facebook or follow us on Twitter for more sports updates. You can also download the NDTV Cricket app for Android or iOS.