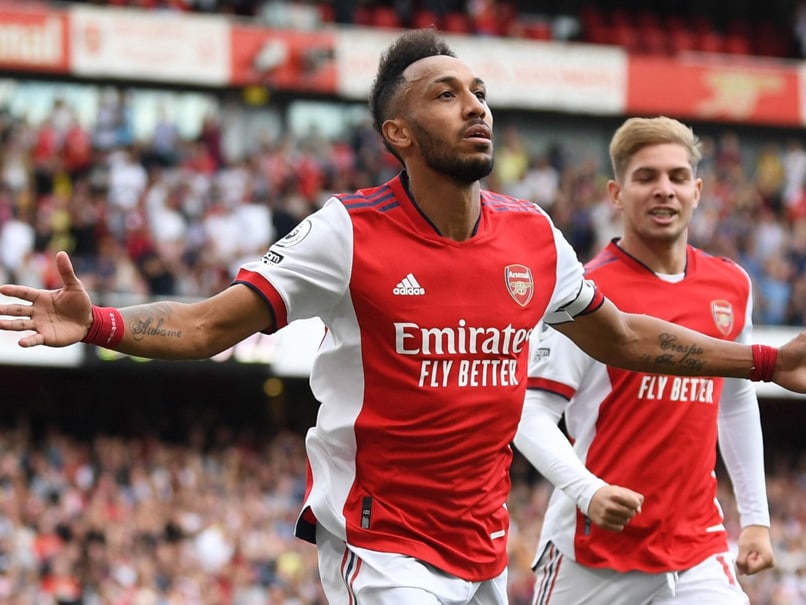 Arsenal eased the pressure on under-fire manager Mikel Arteta and earned their first Premier League win of the season after Pierre-Emerick Aubameyang sank Norwich 1-0 on Saturday. The Gunners captain's 66th-minute winner released the tension that had been bubbling up inside the Emirates Stadium and lifted his team off the foot of the table. Arteta -- who had reportedly been given four games to save his job after Arsenal's worst start to a league campaign for 67 years -- revealed the international break was among the most instructive periods of his career.

"We had to suffer but I knew to win the game it would be like this. After three defeats things get complicated," he told the BBC.

"I must say it has been the best 10 or 14 days in my professional career -- not the easiest, but the best.

"They were ready to suffer today but they just give, give, give to the team. Today and the last week everything glided together."

Arsenal entered the match bottom of the table, below 19th-placed Norwich by virtue of goals scored after slumping to three back-to-back defeats and scoring no goals before the international break.

A coronavirus outbreak and injuries to key players including Aubameyang, Alexandre Lacazette and Martin Odegaard had compounded Arteta's woes.

A disappointing start to the season came despite being the Premier League's highest spenders in the summer transfer window, forking out almost £150 million ($208 million).

Arsenal have not competed in the Champions League since 2017 and last season failed to qualify for Europe for the first time since 1996.

Despite that decline, a buoyant atmosphere lifted the home support before kick-off as news of north London rivals Tottenham's 3-0 defeat to Crystal Palace filtered through.

Debuts for Ramsdale and Tomiyasu

Fans also gave Arteta a hearty round of applause and there were fresh faces in the starting line-ups as he handed Premier League debuts to goalkeeper Aaron Ramsdale and Japan defender Takehiro Tomiyasu.

Aubameyang had Arsenal's clearest first-half chance when he latched on to Odegaard's lofted pass in the 20th minute, but Tim Krul parried his effort.

Debutant Tomiyasu almost became an instant fan favourite as his thunderous volley flashed narrowly over and revived the Emirates faithful on the stroke of half-time.

Pepe saw his effort tipped onto the post by Krul and hit the post again in a rebound tussle with Williams before Aubameyang tucked away the loose ball for his fifth goal in three games against Norwich.

Referee Michael Oliver confirmed the goal to Norwich's fury after a VAR review, with relieved Arsenal fans ironically chanting "We are staying up".

Aubameyang, Emile Smith Rowe and Pepe all had chances to put the game to bed but Arsenal held out for a much-needed win.

Norwich City Pierre-Emerick Aubameyang Mikel Arteta Football
Get the latest updates on IPL Auction 2023 and check out  IPL 2023 and Live Cricket Score. Like us on Facebook or follow us on Twitter for more sports updates. You can also download the NDTV Cricket app for Android or iOS.