The club face Manchester United at Old Trafford in the Premier League on Monday. 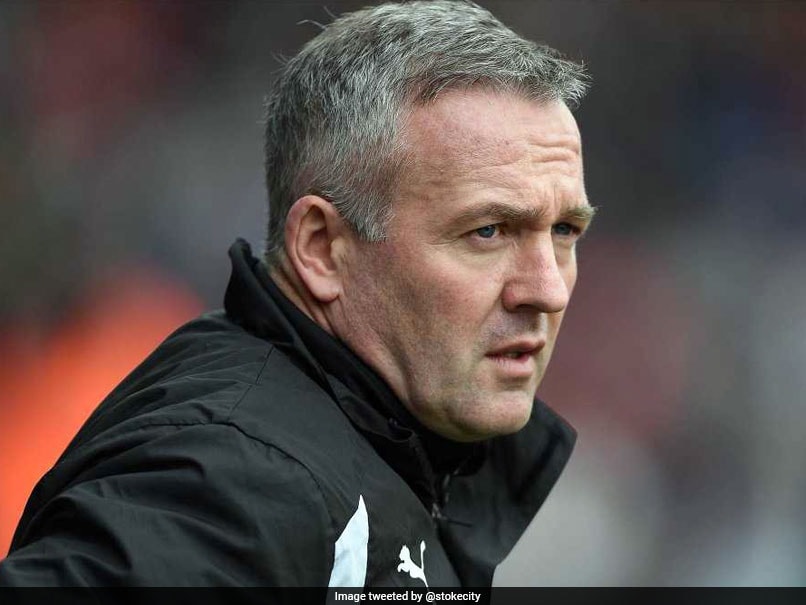 Premier League club Stoke City appointed Paul Lambert as their new manager on Monday after the Scot signed a two-and-half-year contract to replace the sacked Mark Hughes. The club face Manchester United at Old Trafford in the Premier League on Monday, but the 48-year-old former Aston Villa and Norwich City manager will take charge on Tuesday. The Stoke owners, who had persisted with Hughes until the club was knocked out of the FA Cup by lower-division Coventry City, said they were impressed by Lambert's pedigree as a Champions League-winning player for German giants Borussia Dortmund.

"Paul greatly impressed us with his knowledge of our squad and had a clear plan of how he would improve our results," said chairman Peter Coates.

"He's a man who backed himself as a player, none more so than when he turned down contract offers in Scotland to go on trial in the German Bundesliga with Borussia Dortmund, and it's obvious he adopts the same approach as a manager."

Stoke are third from bottom of the Premier League after taking just 20 points from 22 games.

Derby County's Gary Rowett, Espanyol's Quique Sanchez Flores -- who managed Watford in 2015-16 -- and Republic of Ireland boss Martin O'Neill were all considered targets but the former signed a new contract last week and the other two ruled themselves out of contention.

Lambert, who played under O'Neill during an eight-year spell at Celtic and has also managed Blackburn Rovers and Wolverhampton Wanderers, emerged as the preferred candidate and the club have acted swiftly to appoint him.

"We stated that we were looking to make an appointment as soon as possible, particularly given our position in the league and the overriding priority being retaining our place in the Premier League," said a Stoke statement.

It added the club "reviewed a number of people".

Coates said it was essential the new manager had Premier League experience -- and Lambert fitted the bill.

"We were determined to appoint someone with Premier League experience or an extensive knowledge of English football," he said.

"Paul has been successful in management at clubs with a strong and stable background and with local ownership -- the kind of foundation we are able to give to our managers."

Hughes had famously asked "who else is going to do it?" when interviewers questioned him about his job before he was sacked after five years at the club in central England.

Comments
Topics mentioned in this article
Stoke City English Premier League Manchester United Football
Get the latest updates on ICC T20 Worldcup 2022 and CWG 2022 check out the Schedule, Live Score and Medals Tally. Like us on Facebook or follow us on Twitter for more sports updates. You can also download the NDTV Cricket app for Android or iOS.