Ben Godfrey made 30 appearances for relegated Norwich in the Premier League last season, and had been linked with a number of top-flight clubs during transfer window. 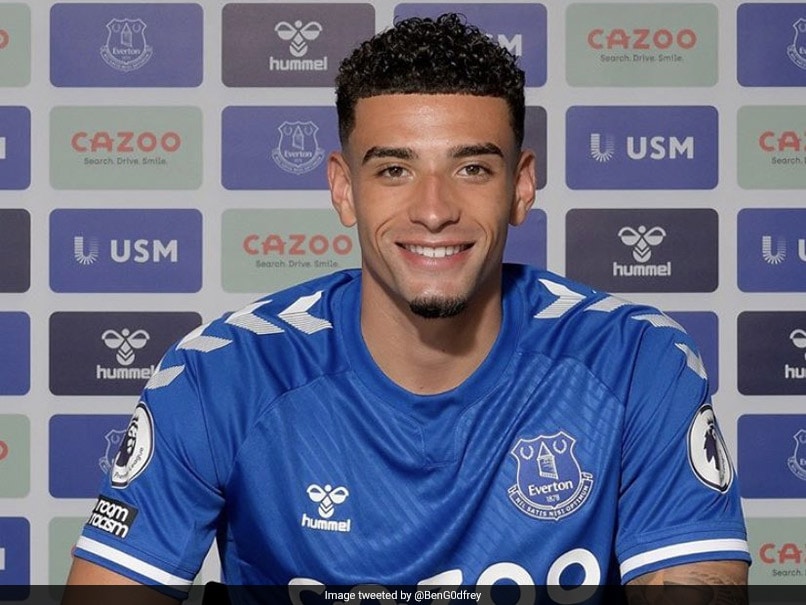 Everton have signed defender Ben Godfrey from Norwich City on a five-year contract for an initial fee reported to be around 25 million pounds (USD 32 million) in the first major move of transfer deadline day. The Canaries announced on Monday they had received a club-record fee for the 22-year-old, whose new deal ties him to Carlo Ancelotti's side until 2025. Godfrey made 30 appearances for relegated Norwich in the Premier League last season, and had been linked with a number of top-flight clubs during transfer window.

"It is an honour to sign for Everton and to be part of a huge club," Godfrey told the club website. ""I am very thankful for the opportunity and I can't wait to get started.

"The aim for me at Everton is to win trophies and win games. I like to win. I wear my heart on my sleeve. I care and I am a passionate lad."

The centre-back completed a medical with the Premier League leaders over the weekend.

He is Everton's fifth signing of the summer after the arrivals of midfielders Allan and Abdoulaye Doucoure, playmaker James Rodriguez and left-back Niels Nkounkou.

Ancelotti's team are top of the Premier Leagueafter winning all four of their opening matches.

Norwich City English Premier League Football
Get the latest updates on ICC T20 Worldcup 2022 and CWG 2022 check out the Schedule, Live Score and Medals Tally. Like us on Facebook or follow us on Twitter for more sports updates. You can also download the NDTV Cricket app for Android or iOS.