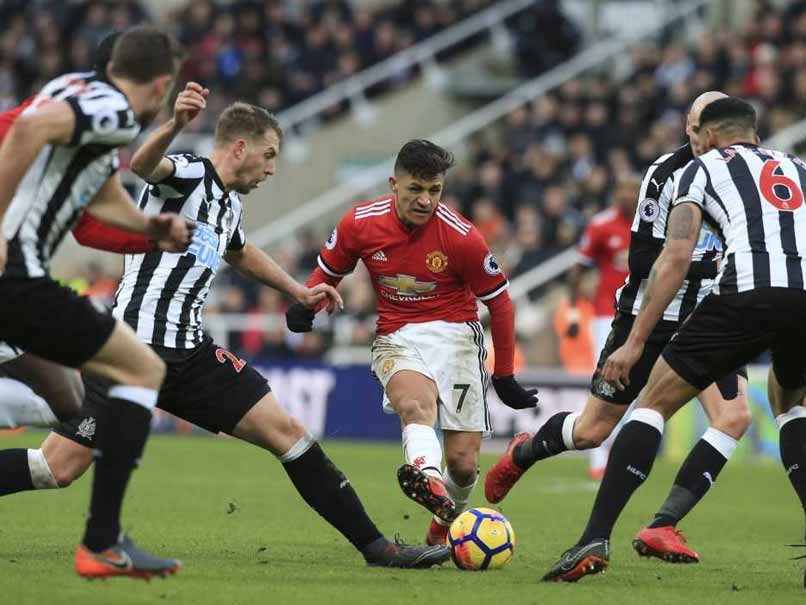 Matt Ritchie condemned Manchester United to a shock 1-0 defeat at struggling Newcastle, while Huddersfield climbed out of the relegation zone after a 4-1 win against Bournemouth on Sunday. United's second defeat in their last three Premier League games leaves them 16 points behind leaders Manchester City. Jose Mourinho's second placed side, beaten by Tottenham in their last away game, were rarely at their best at St James' Park and paid the price in the 65th minute. United defender Chris Smalling was booked for diving inside his own half and from the resulting Jonjo Shelvey free-kick, Dwight Gayle latched onto a header and played a backheel towards Ritchie.

Mourinho responded by pulling off Paul Pogba after another underwhelming display from the France midfielder.

And United should have equalised soon after, but when Newcastle failed to clear a corner, Anthony Martial saw two shots blocked on the line by Gayle.

Newcastle had kicked off in the relegation zone, but a first win in five league games -- their first success against United since 2013 -- lifts them to 13th place.

At the John Smith's Stadium, David Wagner's team took a seventh-minute lead as Alex Pritchard took Mounie's pass and drilled in his first Huddersfield goal since his January move from Norwich.

But Mounie restored Huddersfield's advantage with a 27th-minute header and the Benin striker netted again from Aaron Mooy's pass to put the hosts in control in the 66th minute.

Rajiv van La Parra converted a stoppage-time penalty to lift Huddersfield out of the bottom three after they had sunk to five consecutive league games.

The Terriers are one point above the relegation zone, while Bournemouth remain in mid-table.

Huddersfield's first league win in nine matches was marred by an injury to Australia midfielder Mooy, who was stretchered off with a knee problem 15 minutes from time.

Later on Sunday, Liverpool face Southampton at St Mary's as Jurgen Klopp's side look to bolster their bid for Champions League qualification via a top-four finish.

Comments
Topics mentioned in this article
Newcastle United Manchester United Matthew Ritchie Football English Premier League
Get the latest updates on ICC T20 Worldcup 2022 and CWG 2022 check out the Schedule, Live Score and Medals Tally. Like us on Facebook or follow us on Twitter for more sports updates. You can also download the NDTV Cricket app for Android or iOS.