Kieran Tierney missed Scotland's three fixtures and told Arsenal's website he was "so disappointed and frustrated to be in this situation". 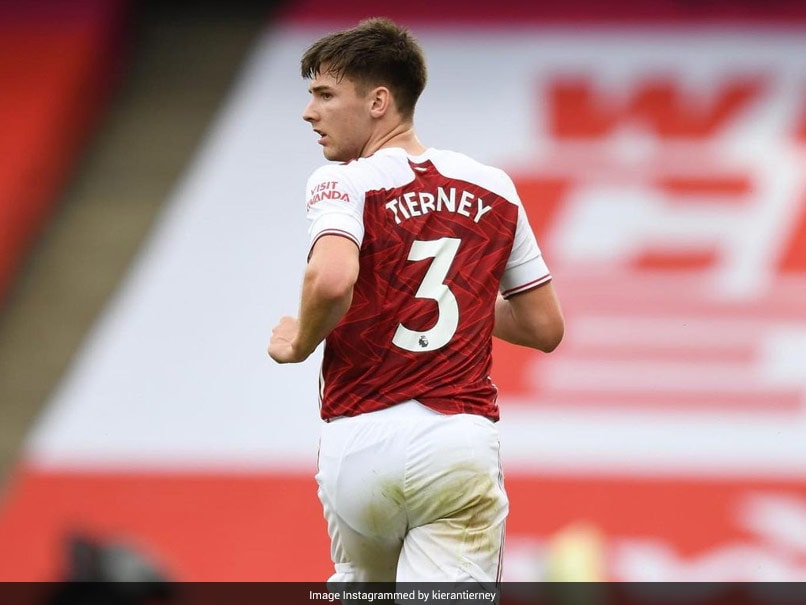 Arsenalmanager Mikel Arteta is hoping to have defender Kieran Tierney available for Saturday's Premier League trip to Manchester City as discussions over his need to self-isolate continue. Tierney, as well as compatriot Ryan Christie, were instructed to quarantine for 14 days after Scotland team-mate Stuart Armstrong tested positive for coronavirus while on international duty. Both Tierney and Christie returned negative tests and have insisted they complied with social-distancing guidelines.

But Scottish health authorities identified the two players, as well as two members of the Scotland backroom staff, as close contacts of Armstrong.

Tierney missed Scotland's three fixtures and told Arsenal's website he was "so disappointed and frustrated to be in this situation".

But, as talks remain ongoing to release Tierney from his period of self-isolation, Arteta remains hopeful the full-back can feature at the Etihad Stadium this weekend.

"We are still having some discussions with the authorities," the Arsenal boss said. "This is getting very complicated when you are sending players abroad and obviously you lose control.

"Some authorities have different regulations to the actual ones in the Premier League."

The number of positive Covid-19 tests has increased during the international break, with the Ireland squad hit by a number of enforced withdrawals, while Portugal captain Cristiano Ronaldo was also a confirmed coronavirus case.

Arteta believes it is important to keep international fixtures on the calendar with big tournaments coming up but wants consistency in the rules.

"What we are asking is that we try to unify those protocols, rules to try to create a safe environment for our players," he said.

"But as well protect the clubs because obviously the impact of having a few players out when we resume the Premier League is really big."

Arteta also refused to be drawn on whether deadline-day signing Thomas Partey will make his debut at Manchester City, given he is yet to train with his team-mates.

He also suggested William Saliba would not be departing on loan to the Championship after the club had looked into the possibility of getting the teenage defender some football away from the club.

Manchester City Football
Get the latest updates on Fifa Worldcup 2022 and check out  Fifa World Cup Schedule, Stats and Live Cricket Score. Like us on Facebook or follow us on Twitter for more sports updates. You can also download the NDTV Cricket app for Android or iOS.