Premier League: Mason Greenwood stood out for Manchester United with twin strikes in their 3-1 win against Burnley, while Arsenal survived a scare with a 97th minute equaliser versus Fulham. 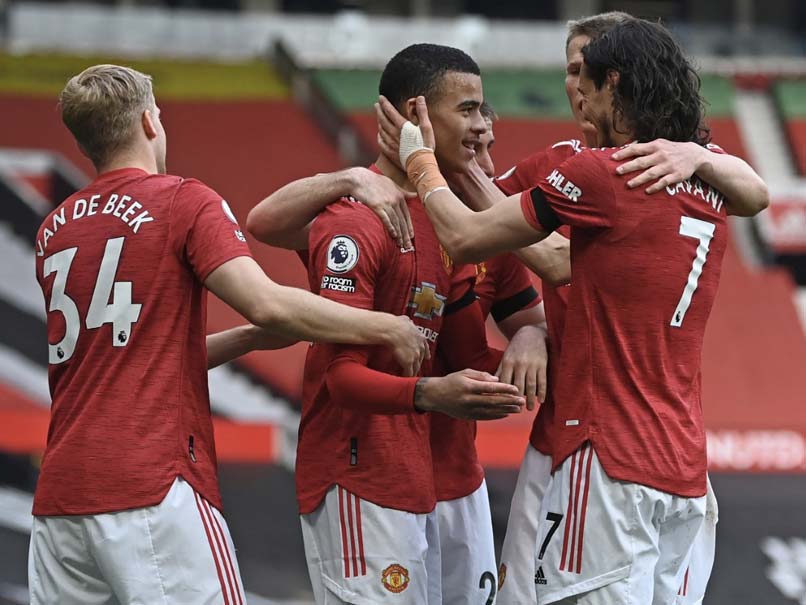 Manchester United moved within eight points of Premier League leaders Manchester City as Mason Greenwood's double inspired a 3-1 win over Burnley, while Eddie Nketiah's last-gasp goal gave Arsenal a 1-1 draw against struggling Fulham on Sunday. Ole Gunnar Solskjaer's side are unlikely to catch City, but Greenwood's late winner puts a little pressure on their bitter rivals with six games left. Greenwood had opened the scoring early in the second half at Old Trafford before James Tarkowski equalised moments later. Greenwood's second made him the joint-top scoring teenager in Premier League history for United, level with Wayne Rooney on 15 goals.

"Fantastic for Mason, two very good goals coming in off the left... He's maturing all the time. It's lovely to see," Solskjaer said.

Although they have probably left it too late to overhaul City, United are on course for a second place finish and could still win the first silverware of Solskjaer's reign.

They face Roma in the Europa League semi-finals after easing past Granada in the quarter-final second leg on Thursday.

"We've always said this year has to be progress and improvement. We've already got as many points as last season. That's progress... We want to finish with a trophy in the Europa League. We've got loads to focus on," Solskjaer added.

Amid talk of United being one of six Premier League teams who have agreed to join a proposed European Super League that would replace the Premier League, Solskjaer's team looked far from elite in a scrappy first half.

They were fortunate not to fall behind in the opening minute when Chris Wood's header was disallowed for offside after keeper Dean Henderson failed to reach Matt Lowton's cross.

The England forward's fourth goal in his last six appearances was cancelled out 114 seconds later.

Greenwood restored United's lead in the 84th minute when his shot deflected in off Jack Cork before Cavani slotted home from Donny van de Beek's pass in the final moments.

At the Emirates Stadium, Arsenal were seconds away from a first ever home defeat against Fulham as they laboured to find a response to Josh Maja's second half penalty.

It was a major setback for third bottom Fulham, who are six points from safety and have just five games left to beat the drop.

Fifth bottom Brighton travel to Chelsea on Tuesday and, like fourth bottom Burnley, will still have a game in hand on Fulham after that match.

"I'm disappointed and gutted... I've just seen their goal back. Rob Holding looks offside to me. That's what's disappointing. We were so close, it's painful," Fulham boss Scott Parker said.

Ninth placed Arsenal are nine points adrift of the top four and their best hope of reaching next season's Champions League is winning the Europa League, where they face Villarreal in the semi-finals.

Fulham midfielder Mario Lemina burst into the penalty area in the 59th minute before making a theatrical tumble after Gabriel stood on his foot.

After a lengthy VAR review, Maja took the penalty, lifting it high into the net for his first goal in nine games and only his third since arriving on loan from Bordeaux in February.

But Fulham's nerve cracked with seconds left in seven minutes of stoppage-time.

Bobby Decordova-Reid needlessly conceded a corner and from the set-piece, Arsenal keeper Mat Ryan came up and remarkably rose highest for a header that reached Granit Xhaka.

When Xhaka's low drive was pushed out by Alphonse Areola, Nketiah was on hand to break Fulham's hearts as he tapped in from close-range.

Granit Xhaka
Get the latest updates on ICC T20 Worldcup 2022 and CWG 2022 check out the Schedule, Live Score and Medals Tally. Like us on Facebook or follow us on Twitter for more sports updates. You can also download the NDTV Cricket app for Android or iOS.