Not content with scoring a worldie against Manchester City, Mohamed Salah decided to make a mockery of Watford's defenders by dancing past them and scoring another stunning solo goal. 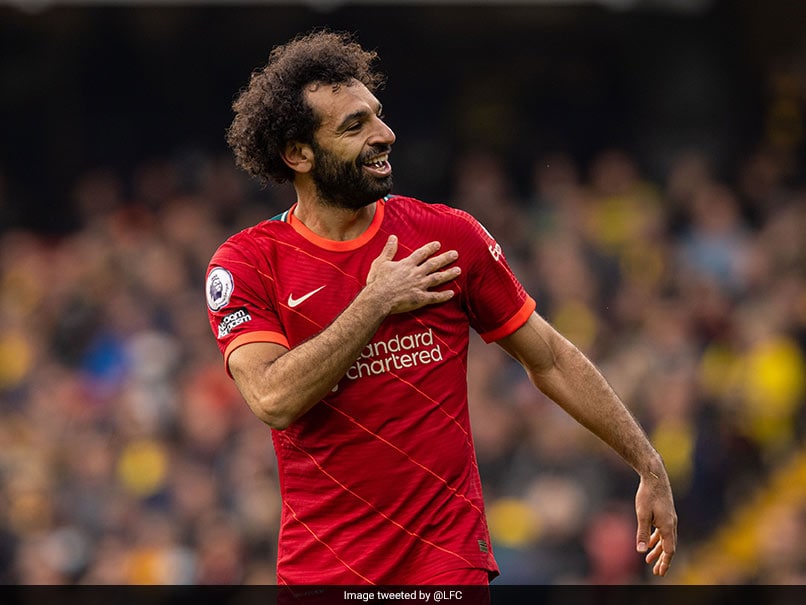 Mohamed Salah is one of the best footballers currently playing the game and twice in two matches the Egyptian superstar has scored goals that have left fans and others completely awestruck. Salah first scored a worldie against Premier League champions Manchester City before the international break. Not content with bewitching the City players, the Egyptian genius decided to make a mockery of Watford's defenders by dancing past them and scoring another stunning solo goal.

And while Roberto Firmino scored a hat-trick as Liverpool ran riot at Vicarage Road, Salah stole the spotlight with his breathtaking effort.

Here is Salah's goal that has become the talk of the town:

A genius at work.

Liverpool thrashed Watford 5-0 to temporarily go to the top of the Premier League table. But with Chelsea beating Brentford 1-0 in the later game, Liverpool dropped to second, a point behind the European champions.

On-air commentators too were left spellbound by Salah's brilliant effort.

"Oh no, you can't do that again. That's beyond belief!" said one of the commentators.

"I don't know which one was better, this one or the City one," Salah was quoted as saying on Liverpool's official website.

For the first time in his career, Salah has scored in eight successive top-flight matches and Liverpool boss Jurgen Klopp has no doubts he is now better than even Lionel Messi and Cristiano Ronaldo.

"We don't have to talk about what Ronaldo and Messi did for world football and how they were really dominant," Klopp said.

"But in this moment it is clear that there is no one better than him. It was a super pass for the first goal and his goal was absolutely exceptional.

"He's in the mood to try things in the box and long may it continue."

In other Premier League matches on Saturday, Manchester United fell further back in the title race after losing 2-4 to Leicester City. Defending champions Manchester City notched their fifth win of the season, beating Burnley 2-0.

Wolves registered a thrilling come-from-behind 3-2 win at Aston Villa while Norwich City and Brighton played out a goalless draw.

Chelsea lead the Premier League table with 19 points from 8 games. Liverpool are a point behind in second while Man City are third with 17 points. Manchester United are now five points behind the league leaders.

Liverpool Mohamed Salah English Premier League Football
Get the latest updates on ICC Women's Cricket World Cup 2022 and IPL 2022, check out the Schedule , Live Score and IPL Points Table. Like us on Facebook or follow us on Twitter for more sports updates. You can also download the NDTV Cricket app for Android or iOS.