Liverpool were the only club who started the weekend among the top five. 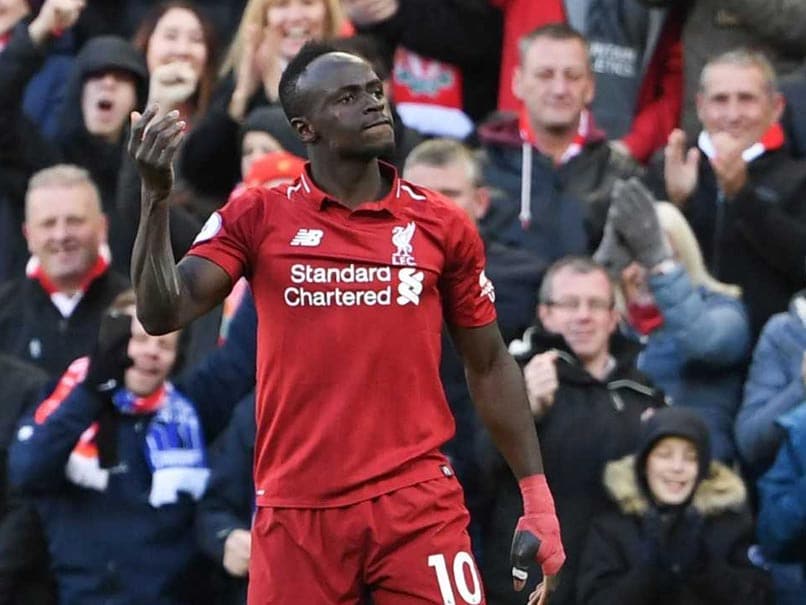 Sadio Mane scored twice as Liverpool took advantage of their title rivals' inactivity to go three points clear at the top of the Premier League with a 4-1 win at home to Cardiff on Saturday as Bournemouth and Watford both continued their fine starts to the season. Liverpool were the only club who started the weekend among the top five in action on Saturday, with reigning champions Manchester City not facing Tottenham Hotspur until Monday. Meanwhile midweek European commitments also meant that Chelsea, like City andLiverpool yet to lose in the Premier League this season, were playing Burnley on Sunday, when in-form Arsenal travel to Crystal Palace and Manchester United welcome Everton to Old Trafford.

Mohamed Salah, now putting a stuttering start to the season behind him, fired Liverpool into a 10th-minute lead.

From a cross into the Cardiff box, Mane's shot was blocked by Sean Morrison but Egypt forward Salah pounced on the rebound for his 33rd goal in 35 games at Anfield.

But as long as the lead was just 1-0, Cardiff were still in the game.

Mane, however, doubled Liverpool's lead in the 66th minute when, running on to an Alberto Moreno pass, he smashed a shot into the top corner.

But Liverpool's hopes of a club record 10th successive home clean sheet were dashed in the 77th minute when Callum Paterson turned in a cross deflected by Reds defender Virgil van Dijk.

However, two goals inside the final 10 minutes from substitute Xherdan Shaqiri and Mane put the result beyond doubt.

Bournemouth closed on fifth-placed Tottenham with a 3-0 win away to Fulham.

Callum Wilson won and then scored a 14th-minute penalty after he was brought down by Timothy Fosu-Mensah.

David Brooks then scored his third goal in four games to double the Cherries' lead in the 72nd minute.

Minutes later, Fulham's day went from bad to worse when captain Kevin McDonald was sent off for a second bookable offence following a late challenge on Brooks.

Wilson rounded out Bournemouth's victory when he scored his second goal five minutes from time at Craven Cottage.

Watford were far too strong for Huddersfield in a 3-0 win at Vicarage Road.

They were 2-0 up inside 19 minutes thanks to two well-struck goals.

Roberto Pereyra broke the deadlock in the 10th minute with a superb solo effort, collecting the ball out wide on the left and beating six Huddersfield defenders as he cut inside before shooting from the edge of the area.

The Hornets doubled their lead nine minutes later when more dire defending by the visitors allowed Gerard Deulofeu to dribble past Chris Lowe, beat another attempted challenge and then score from a tight angle 15 yards out.

Defeat dropped Huddersfield to the bottom of the table after Newcastle, previously propping up the division, managed a point in a goalless draw at home to Southampton.

Elsewhere, Brighton striker Glenn Murray, fresh from being taken off after suffering concussion against Newcastle last week, returned to score his 100th goal for the Seagulls in a 1-0 win at home to Wolves.

Bruno fired the ball across goal and Murray side-footed in from close range in the 48th minute.

Liverpool English Premier League Liverpool vs Cardiff City, Game week 10 Football
Get the latest updates on ICC T20 Worldcup 2022 and CWG 2022 check out the Schedule, Live Score and Medals Tally. Like us on Facebook or follow us on Twitter for more sports updates. You can also download the NDTV Cricket app for Android or iOS.