Zlatan Ibrahimovic, Juan Mata and captain Wayne Rooney were on target as Manchester United recorded a straightforward win over Bournemouth, whereas Philippe Coutinho scored twice in Liverpool's 4-3 win over Arsenal 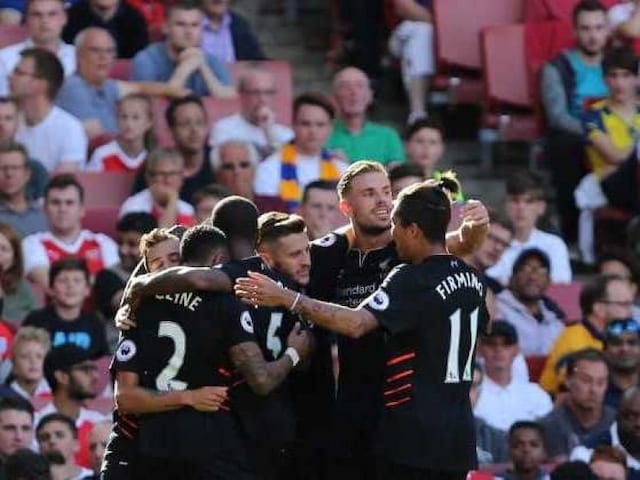 Juan Mata and captain Wayne Rooney were also on target at Bournemouth as United recorded a straightforward win that left them top of the table after the season's opening weekend.

Philippe Coutinho scored twice as Liverpool recovered from falling behind to Theo Walcott's goal at the Emirates Stadium, with Adam Lallana and Sadio Mane also on target for Jurgen Klopp's men.

"Eric Cantona was here at the best moment in his career. This guy is more than a player," Mourinho said of Ibrahimovic, who opened his United account with a low drive from 25 yards.

Ibrahimovic, a free signing from Paris Saint-Germain, has now scored on his debuts in the Premier League, Serie A, La Liga, Ligue 1 and the Champions League.

"For the next two seasons I think he can be phenomenal for the team and the Premier League," Mourinho added.

Ibrahimovic, 34, said: "It's important to start good. Being new to the league is not easy. Everything is new for me: my team-mates, the clubs, the environment. I just play my game."

Mata, controversially brought on and then taken off by Mourinho during the 2-1 Community Shield win over Leicester City last weekend, started on the right flank in place of Jesse Lingard.

United's starting XI bristled with attacking menace, but it took a calamitous blunder by defender Simon Francis for the visitors to take the lead in the 40th minute.

His woefully under-hit back-pass gave Mata a free run on goal and although Artur Boruc saved the Spaniard's shot, the ball rebounded off Francis and into Mata's path, giving him an easy tap-in.

Rooney made it 2-0 just before the hour, heading home Anthony Martial's mishit volley from six yards. 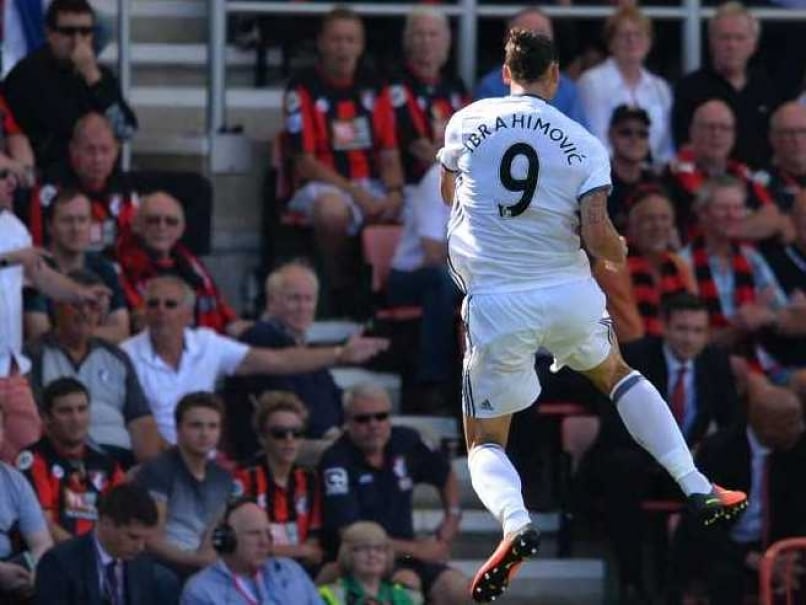 Ibrahimovic opened his Premier League account in style five minutes later, steering a shot into the bottom-left corner from range.

On the touchline Mourinho celebrated effusively and Bournemouth's consolation, a rasping shot into the top-right corner by Adam Smith, could not take the smile off his face.

"We dominated the early stages, but you can't gift Manchester United goals, which we did," said Bournemouth manager Eddie Howe.

Spectators at the Emirates Stadium were treated to a goal-fest as Arsene Wenger's injury-depleted Arsenal were beaten at home in their opening league fixture for the third time in four years.

Injuries to Per Mertesacker and Gabriel, plus Laurent Koscielny's lack of match fitness, obliged Wenger to deploy Calum Chambers and new signing Rob Holding in an inexperienced centre-back pairing.

The hosts also lost Aaron Ramsey and Alex Iwobi to injury in the second half.

Having previously seen his penalty pushed away by Simon Mignolet, Walcott atoned by drilling Arsenal into a 31st-minute lead.

But Coutinho equalised with a glorious free-kick in first-half stoppage time before making it 3-1 with a neat volley after Georginio Wijnaldum had teed up Lallana to put Liverpool ahead.

Mane, a close-season signing from Southampton, added a fourth for Liverpool with a slaloming run down the right followed by an emphatic left-foot finish.

Boos rained down from the Emirates stands and despite substitute Alex Oxlade-Chamberlain and Chambers replying for the hosts, Liverpool closed out their first away win over Arsenal since 2011.

"Scoring four goals is wonderful. Conceding three is the opposite of emotions," Klopp told journalists.

"It was hard work, but we deserved to win at the end."

Wenger said: "We played a very good first half and were unlucky to concede a goal just before half-time because the free-kick was very harsh. After that we paid for a lack of experience."