Premier League: After missing out on a top-four finish on the final day of last season, Leicester City look well equipped to challenge for Champions League qualification and could even pose a threat to Liverpool's title defence. 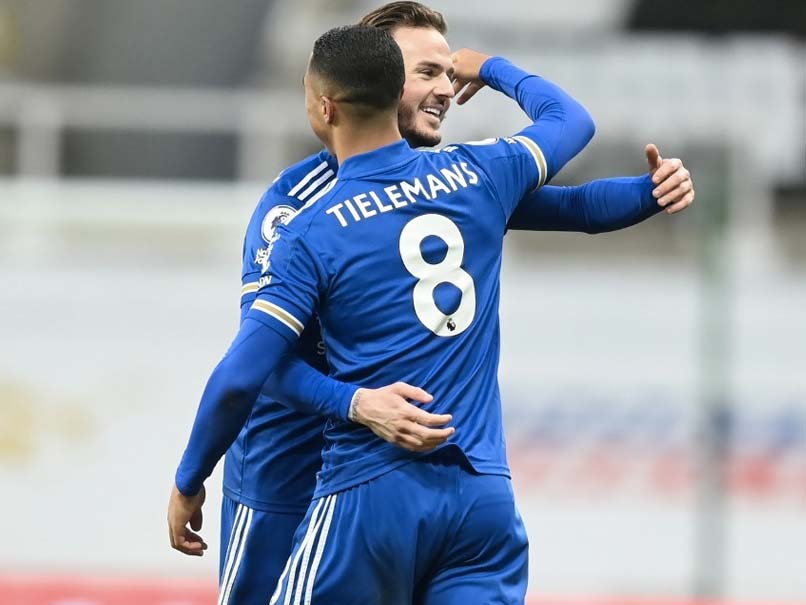 Leicester climbed to third place in the Premier League as goals from James Maddison and Youri Tielemans sealed a 2-1 win against Newcastle on Sunday. Brendan Rodgers' side struck twice in the second half at St James' Park. Andy Carroll reduced the deficit with his first goal for Newcastle in over 10 years, but it was too late to rescue a point. Leicester were good value for their first win in three league games as they extended their unbeaten run to four matches. The Foxes are one point behind leaders Liverpool, who face Southampton on Monday.

After missing out on a top four finish on the final day of last season, Leicester look well equipped to challenge for Champions League qualification and could even pose a threat to Liverpool's title defence.

Having taken maximum points from a visit to Newcastle for the fifth successive season, Leicester have now won seven of their nine away league games this term.

They were hardly tested by Newcastle, who are without a win in six games in all competitions as the pressure mounts on Magpies boss Steve Bruce.

Jamie Vardy surprisingly started on the bench for Leicester's previous match at Crystal Palace, but the Foxes' leading scorer was restored to the starting line-up along with the fit-again Maddison.

Maddison went close in the opening moments, making a menacing run towards the Newcastle area before firing just wide.

Leicester thought they had taken an early lead when Vardy accelerated onto Maddison's precise pass, rounded Newcastle keeper Karl Darlow and slotted into the empty net.

Vardy's joy was short-lived however as an offside flag curtailed his celebrations.

Kasper Schmeichel dashed out of his area to deny Callum Wilson a shooting chance after Joelinton's pass sent the striker racing clear.

They should have been in front when Wesley Fofana heading wastefully over from Maddison's corner.

Unable to apply the knockout blow in the first half, Leicester finally took the lead in the 55th minute.

Harvey Barnes led the break and his pass picked out Vardy, who cut inside before teeing up Maddison's fierce strike past Darlow.

Lacking any threat in attack, there was an air of desperation about Newcastle's rejected penalty appeal following Timothy Castagne's clean challenge on Wilson.

Tielemans killed off Newcastle in the 72nd minute when the Belgium midfielder met Marc Albrighton's cross with a fine finish.

Carroll, who started his career with Newcastle before spending eight years away after leaving in 2011, came off the bench to score in the 82nd minute.

His thumping shot after Leicester failed to clear a free-kick was his first goal for his hometown club since December 2010.

Newcastle United James Maddison Youri Tielemans English Premier League Football
Get the latest updates on IPL Auction 2023 and check out  IPL 2023 and Live Cricket Score. Like us on Facebook or follow us on Twitter for more sports updates. You can also download the NDTV Cricket app for Android or iOS.