Premier League: Leicester City now enjoy a six-point cushion over Chelsea in fifth thanks to a flying start against a Aston Villa side who badly missed injured captain Jack Grealish. 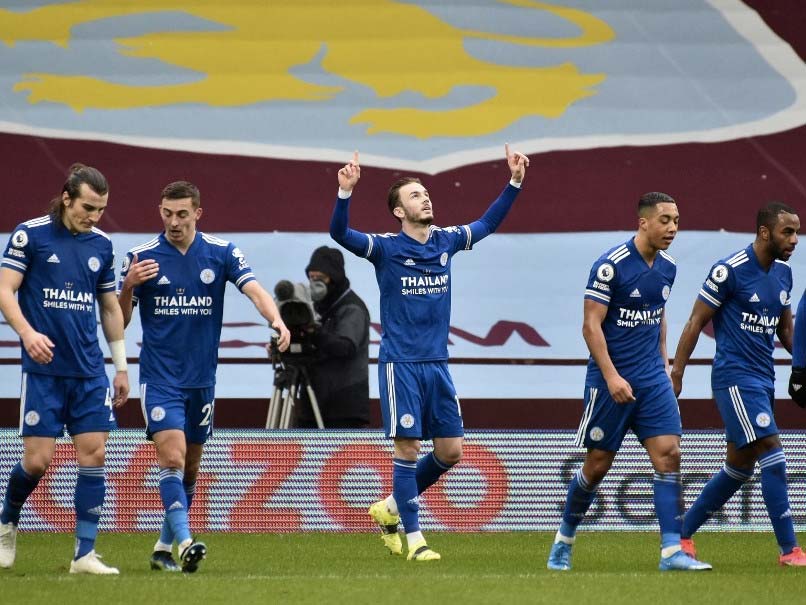 Leicester are determined not to make the same mistakes of last season when they let a huge lead over Manchester Unitedand Chelsea slip away and missed out on Champions League football on the final day of the campaign. The Foxes now enjoy a six-point cushion over Chelseain fifth thanks to a flying start against a Villa side who badly missed injured captain Jack Grealish.

James Maddison could be the beneficiary if Grealish's leg injury forces him to miss England's World Cup qualifiers next month and he continued his fine scoring form with a low drive that clipped the inside of the post.

Leicester were 2-0 up inside 23 minutes as Harvey Barnes then pounced after Emiliano Martinez saved from Jamie Vardy.

Aston Villawere handed a lifeline three minutes into the second half when Bertrand Traore swept home Matt Targett's cross, but lacked the creative spark for which they rely on Grealish to find an equaliser.

Victory for Brendan Rodgers's men cuts Manchester City's lead at the top to seven points ahead of their visit to Arsenal later on Sunday.

Manchester United can also reclaim second on goal difference when they host Newcastle.

Aston Villa English Premier League Football
Get the latest updates on ICC T20 Worldcup 2022 and CWG 2022 check out the Schedule, Live Score and Medals Tally. Like us on Facebook or follow us on Twitter for more sports updates. You can also download the NDTV Cricket app for Android or iOS.