In his 52nd appearance for Manchester City, Kyle Walker netted for the first time in spectacular style by driving a low shot in the corner from 25 yards. 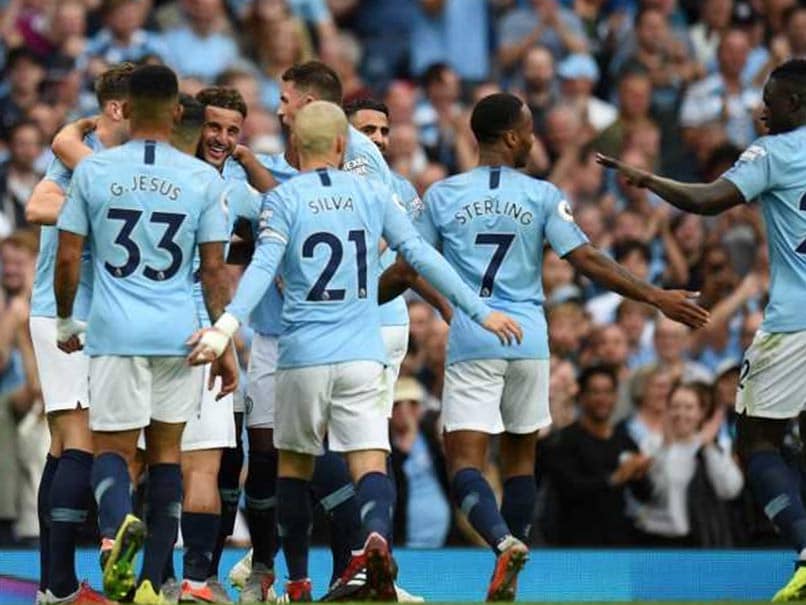 Kyle Walker scored the winner for Manchester City vs Newcastle early in the 2nd half.© AFP

England right-back Kyle Walker's first goal for almost three years ensured Manchester City celebrated a 2-1 victory over Newcastle United on the 10th anniversary of the club's takeover by Abu Dhabi's Sheikh Mansour. In his 52nd appearance for the club, Walker netted for the first time in spectacular style by driving a low shot in the corner from 25 yards early in the second half. It was a goal worthy of winning any game, but this was a laboured performance from Pep Guardiola's side, despite taking the lead through Raheem Sterling in the eighth minute.

Walker, though, ensured a day of celebration for City ended on a high as they marked the anniversary of a takeover that has led to a decade of spending and unprecedented success in their history.

City have been transformed from Premier League also-rans to serial winners during that time, finishing top of the table last season with a record of 100 points.

Guardiola's side started this season as favourites to retain the title. Yet it has not been an entirely straightforward start, with last season's player of the year Kevin de Bruyne suffering a long-term knee injury and City dropping points in a 1-1 draw at Wolves last weekend.

The issue of Leroy Sane's attitude will not go away either. Last season's PFA Young Player if the Year has failed to impress Guardiola in training of late and the City manager decided to leave Sane out of his squad all together on Saturday.

At first, it appeared as if he would not be missed. Sterling, the man selected in the left-sided attacking role that Sane filled last season, marked his 100th Premier League appearance by opening the scoring.

The goal came after Jamaal Lascelles played an awful pass out from the edge of his own penalty area, enabling Benjamin Mendy to intercept and feed a pass left to Sterling, who cut inside and drilled a shot into the far corner.

City could have extended that lead. Sergio Aguero ripped a shot just wide from the edge of the penalty area, while an unmarked Gabriel Jesus headed straight at goalkeeper Martin Dubravka after David Silva's free-kick glanced off Paul Dummett's head.

Newcastle hung in there, however, and equalised on the half-hour mark with a well-worked goal. Salomon Rondon found space down the left as he took on Kenedy's pass, before crossing low for Yedlin to slot in his first Premier League goal.

City were shaken by that equaliser, and were still labouring to find a way back in front when they came up with a goal from nowhere seven minutes into the second half.

Newcastle looked to be comfortable as the home side played their way across the face of the penalty area. Then Walker, from Aguero's run, received the ball 25 yards out, was not closed down and cut a low shot into the bottom corner.

By now, the visitors were showing signs of tiredness. Aguero, in space on the break, produced a cross from which Fernandinho and then David Silva, twice, were denied by brilliant Dubravka blocks to keep the score down to 2-1.

David Silva Raheem Sterling DeAndre Yedlin English Premier League Manchester City vs Newcastle United, Game week 4 Football
Get the latest updates on T20 World Cup, check out the T20 World Cup Schedule and Live Score . Like us on Facebook or follow us on Twitter for more sports updates. You can also download the NDTV Cricket app for Android or iOS.