Newcastle's second win lifted them into mid-table, providing Rafael Benitez with the hope they can avoid relegation despite their lack of top-class signings since last season's promotion. 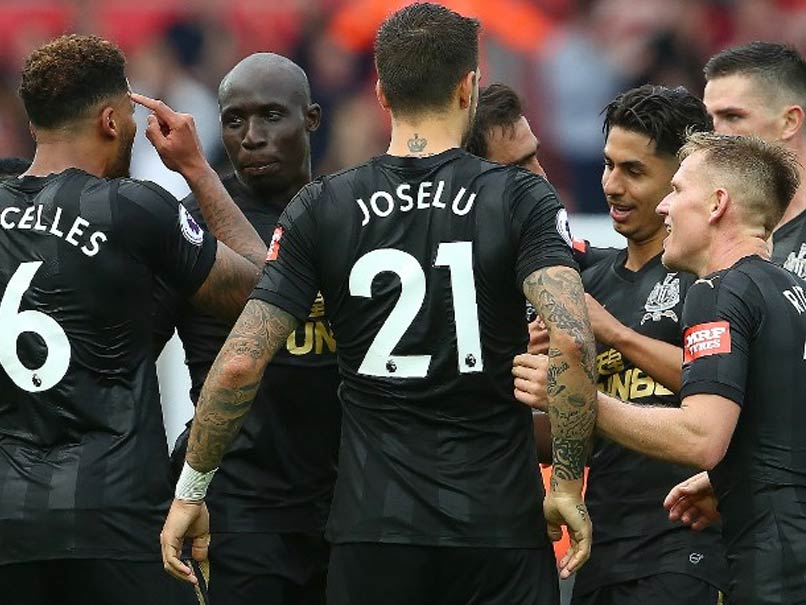 Jamaal Lascelles provided a welcome tonic for ailing Newcastle United manager Rafael Benitez as his late goal secured a 1-0 win at Swansea City in the Premier League on Sunday. Benitez was forced to miss his side's trip to south Wales while he recovered from an infection. The 57-year-old Spaniard had an operation on Monday to address an infection resulting from an earlier hernia operation and was unable to recover in time to travel with his squad. But Benitez's absence didn't affect Newcastle's players and captain Lascelles boosted the former Liverpool manager's spirits with his headed winner in the closing stages at the Liberty Stadium.

Newcastle's second win lifted them into mid-table, providing Benitez with the hope they can avoid relegation despite their lack of top-class signings since last season's promotion.

They were fortunate to finish with 11 men after Matt Ritchie escaped a red card for the sort of high foot just after half-time on Alfie Mawson which saw Sadio Mane sent off for Liverpool at Manchester City on Saturday.

Newcastle assistant manager Francisco de Miguel Moreno said: "Rafa wanted to come and wanted to do everything he could to attend but the weather conditions were not the best.

"He has been active in the game and kept in touch with us throughout the game.

"After the game, Rafa rang us and congratulated all the team because they did a fantastic job. He said we are now under way."

Newcastle went close after 33 minutes when Ritchie's cross was met by the head of Joselu and Lukasz Fabianski sprang to his left to pull off a fantastic one-handed save.

Swansea threatened when Isaac Hayden lost out to Tammy Abraham and the ball ran to Jordan Ayew, whose 20-yard shot forced Rob Elliot to parry wide.

Swansea should have taken the lead on the hour mark when Leroy Fer released Abraham and the striker rounded Elliot for what looked a simple finish.

But Lascelles stretched to block and the Newcastle fans behind the goal celebrated as if they had taken the lead.

They almost did go in front when Ayoze Perez forced Fabianski into saving with his outstretched leg.

Swansea were not let off the hook and Lascelles rose majestically to head home from close range in the 76th minute.

Comments
Topics mentioned in this article
Swansea City Newcastle United Rafael Benitez English Premier League Football
Get the latest updates on Fifa Worldcup 2022 and check out  Fifa World Cup Schedule, Stats and Live Cricket Score. Like us on Facebook or follow us on Twitter for more sports updates. You can also download the NDTV Cricket app for Android or iOS.