English Premier League clubs flexed their financial muscle over the rest of Europe by brushing off the after-effects of reduced revenue due to the coronavirus pandemic to spend over 1 billion euros ($1.4 billion) for the sixth consecutive summer transfer window. 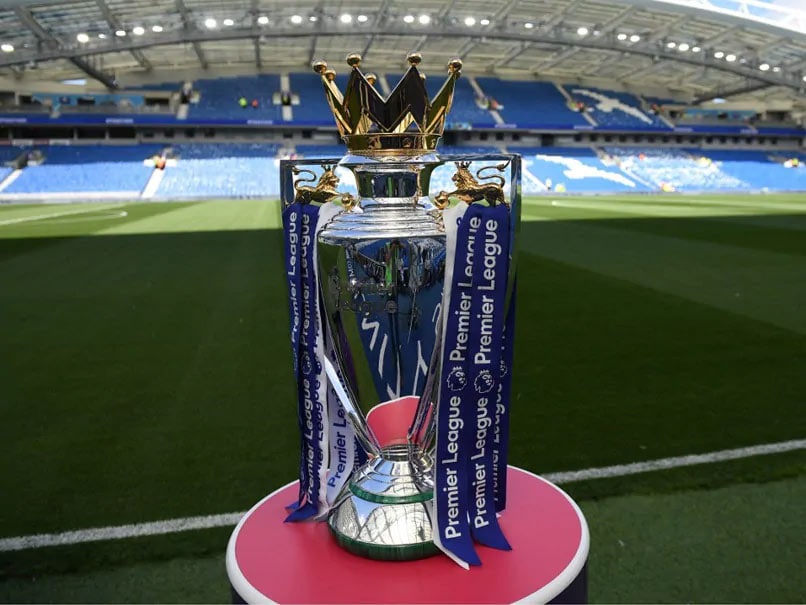 Premier League's net spend of 560 million euros was over 10 times that of La Liga.© AFP

English Premier League clubs flexed their financial muscle over the rest of Europe by brushing off the after-effects of reduced revenue due to the coronavirus pandemic to spend over 1 billion pounds ($1.4 billion) for the sixth consecutive summer transfer window. Cristiano Ronaldo's return to Manchester United headlined a stellar cast of stars, including Romelu Lukaku, Jadon Sancho and Raphael Varane, making their way to England with even clubs in Europe's other 'top five' leagues, feeling the strain of a talent drain.

According to financial experts Deloitte, gross spending from Premier League clubs hit its lowest level since 2015 at 1.1 billion pounds, driven by an increase in free transfers and clubs willing to take lower fees to shed some of the burden from their wage bill.

"This reflects twin forces of clubs prioritising financial stability and seeking value in the market while also being willing to pay for the very best talent.

"This pattern has been reinforced by the financial impact of the COVID-19 pandemic and the relative financial strength of the Premier League clubs compared to some of their European peers."

The backbone of the Premier League's financial power has been television rights deals.

By securing another three-year domestic TV rights deal from the 2022/23 season worth 5.1 billion pounds, the Premier League has achieved stability in an uncertain market.

French clubs are still reeling from the collapse of their contract with Spanish-Chinese company Mediapro last season.

A new deal with Amazon and French broadcaster Canal+ has been sold at a fraction of the price before the arrival of Lionel Messi to Ligue 1 with Paris Saint-Germain.

The shadow of the failed European Super League (ESL) project also hung over the window.

The Catalans also let Antoine Griezmann return to Atletico Madrid on loan in the final hours of the window, just two years after signing the Frenchman for 120 million euros ($140 million).

Italian champions Inter Milan sold Lukaku for 97.5 million pounds among a fire sale to rebalance their books amid a financial crisis for Chinese owners Suning.

The ESL fallout could also be seen in England with owners keen to quell fan anger by splashing out on new players.

United's clash with Liverpool in May was postponed as supporters, still shut out from the stadium at the time, marched the Old Trafford pitch in protest at the Glazer family.

There has barely been a peep of protest in the opening weekends of the season, though, with Ronaldo joining Varane and Sancho at United.

Despite sitting bottom of the Premier League table, Arsenal have been the biggest spenders of the window with billionaire American Stan Kroenke opening the purse strings to the tune of 150 million pounds on six new players to silence complaints over a lack of investment.

However, the changing landscape of European football was arguably best evidenced by a deal that did not happen.

PSG turned down a reported offer of 180 million euros from Real Madrid for Kylian Mbappe despite the French international having less than a year to run on his contract and seemingly no intention of renewing.

Part of the motivation for the ESL was to allow traditional giants such as Madrid, Barcelona and Juventus to compete with the state-backed projects of Qatari-owned PSG and Abu-Dhabi backed Manchester City.

Comments
Topics mentioned in this article
Football English Premier League
Get the latest updates on ICC Women's Cricket World Cup 2022 and IPL 2022, check out the Schedule , Live Score and IPL Points Table. Like us on Facebook or follow us on Twitter for more sports updates. You can also download the NDTV Cricket app for Android or iOS.