Christian Pulisic has scored five times in 16 Premier League appearances in his maiden season for Chelsea since joining for $76 million from Borussia Dortmund. 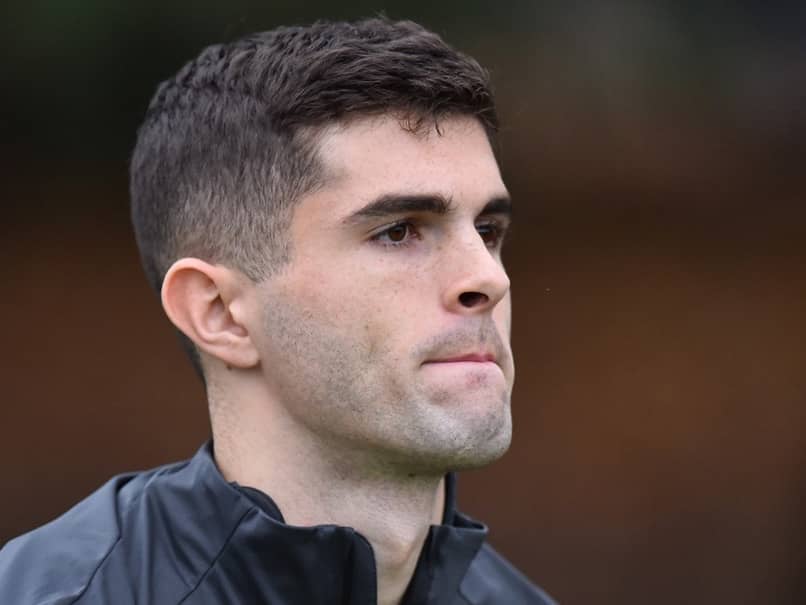 Christian Pulisic will be sidelined for weeks due to a "nasty" adductor injury.© AFP

American star Christian Pulisic will be sidelined for weeks due to a "nasty" adductor injury, dealing a blow to his Premier League club Chelsea as they push for a Champions League place manager Frank Lampard said on Friday. The 21-year-old United States captain suffered the injury prior to last weekend's FA Cup third round victory over second tier Nottingham Forest. Pulisic has scored five times in 16 Premier League appearances in his maiden season for Chelsea since joining for $76 million from Borussia Dortmund.

However, he has not hit the target in the league since the 2-0 win over Crystal Palace on November 9 and he admitted earlier this month he needed to be more clinical in front of goal.

"Pulisic will be out for a few weeks," said Lampard at his press conference on the eve of Saturday's home clash with struggling Burnley.

"He was injured in training the day before Nottingham Forest, it's an injury to his adductor, a tendon injury.

"It's disappointing for us. We'll have to see how quickly he recovers as it's a nasty injury, he was in pain at the time."

Lampard, whose side have a five point cushion over fifth-placed Manchester United, was not forthcoming as to whether there would be any new players brought in during the January transfer window.

However, he implied that veteran French World Cup winning striker Olivier Giroud would be allowed to leave even if they did not have a direct replacement.

The 33-year-old is reported to be on the verge of a move to Serie A outfit Inter Milan, who are managed by former Chelsea boss Antonio Conte.

"Not necessarily," replied Lampard when asked whether Chelsea need to buy someone before Giroud is permitted to leave.

"With Ollie the situation is, if it's right for everybody, and first and foremost that's us as the club, then we'll look at whether he can leave the club.

"He's been a great professional here, who has continued to train professionally without many opportunities.

"But I still have to make a decision for the football club, and nothing's done yet.

"Everyone's talking about it so I'm not going to beat around the bush.

"I think his agent has spoken to the club (Inter Milan), but until anything's done he's a Chelsea player."

Lampard moved to dampen speculation that Ligue 1 side Lyon's former Celtic star Moussa Dembele would be a target as a potential replacement for Giroud.

"He's a player I know and a player the club know, but I'm surprised to see his name crop up so frequently in relation to us to be brutally honest," said Lampard.

"I don't want to go cut and dried on anyone. But it's not one we're openly talking about."

Chelsea English Premier League Football
Get the latest updates on India vs Australia Series, check out the India vs Australia Schedule for 2020-21 and Ind vs Aus live score . Like us on Facebook or follow us on Twitter for more sports updates. You can also download the NDTV Cricket app for Android or iOS.