Premier League captains will wear armbands in Ukraine's national colours this weekend to show support for the war-torn country after Russia's invasion. 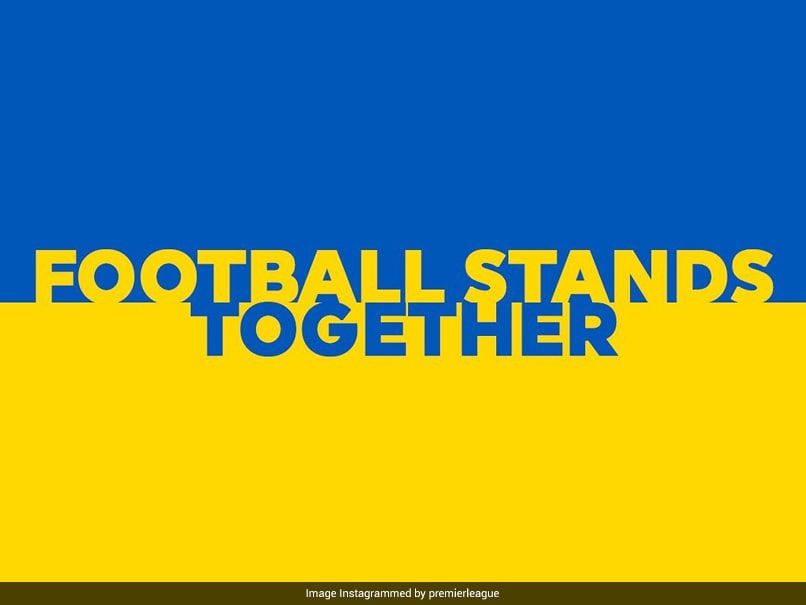 Premier League captains will wear armbands in Ukraine's national colours this weekend to show support for the war-torn country after Russia's invasion. All 20 skippers in the English top flight will don the yellow and blue armbands for this round of fixtures. Fans will be encouraged to join players, managers, match officials and club staff in a moment of reflection and solidarity before kick-off. The large screens at grounds will display "Football Stands Together" against a yellow and blue backdrop.

The words will also be shown on LED perimeter boards during games, which start with Leicester against Leeds at 1230 GMT on Saturday through to Monday's fixture between Tottenham and Everton.

At Sunday's League Cup final, Chelsea captain Cesar Azpilicueta and Liverpool skipper Jordan Henderson carried yellow flowers onto the pitch before kick-off, while there was a minute's applause for Ukraine ahead of the match at Wembley.

Manchester City's Ukraine defender Oleksandr Zinchenko was given the captaincy for his team's FA Cup fifth-round win at Peterborough on Tuesday.

"The Premier League and our clubs wholeheartedly reject Russia's actions and will be showing support for the people of Ukraine at all matches this weekend," a Premier League statement said on Wednesday.

"We call for peace and our thoughts are with all those who have been impacted."

Comments
Topics mentioned in this article
English Premier League Football
Get the latest updates on ICC T20 Worldcup 2022 and CWG 2022 check out the Schedule, Live Score and Medals Tally. Like us on Facebook or follow us on Twitter for more sports updates. You can also download the NDTV Cricket app for Android or iOS.