A video has emerged that appears to show a number of Arsenal stars inhaling nitrous oxide. 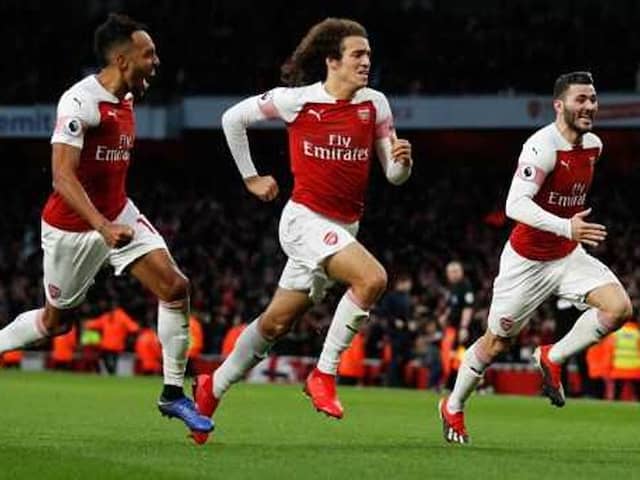 Arsenal said on Friday they will "remind players of their responsibilities" after a video emerged that appears to show a number of stars inhaling nitrous oxide. Players including Mesut Ozil, Pierre-Emerick Aubameyang, Alexandre Lacazette and Matteo Guendouzi feature in the footage, which appears to come from CCTV footage and was published by the Sun newspaper on Friday. In a statement Arsenal said: "The players will be spoken to about this and reminded of their responsibilities as representatives of the club."

Nitrous oxide, also known as laughing gas or "hippy crack", is freely available although it is technically illegal to sell it for recreational purposes.

In the video, which reportedly comes from a London venue shortly before the start of the current season, other Gunners players including Henrikh Mkhitaryan can be seen rejecting the offer to use the gas.

The footage is the latest to show top players being linked with nitrous oxide. Raheem Sterling was warned by his then club Liverpool after footage emerged of him using the substance in 2015.

In the same year, Jack Grealish was warned by the then Aston Villa manager, Tim Sherwood, after pictures emerged of him appearing to inhale the gas, and Saido Berahino was reprimanded by West Brom for a similar incident in 2014.

When an image was posted of then Tottenham Hotspur player Kyle Walker in 2013, he apologised on Twitter, writing: "I won't be doing this again and hope that no one else is influenced into putting their health at risk by my actions."

Arsenal, under new manager Unai Emery, are currently fifth in the Premier League table and are unbeaten in 20 consecutive matches in all competitions.

Arsenal English Premier League Football
Get the latest Cricket news, check out the India cricket schedule, Cricket live score . Like us on Facebook or follow us on Twitter for more sports updates. You can also download the NDTV Cricket app for Android or iOS.