Antonio Conte's departure has been long expected, even though he added an FA Cup in May to the Premier League he won in his first season in charge of Chelsea. 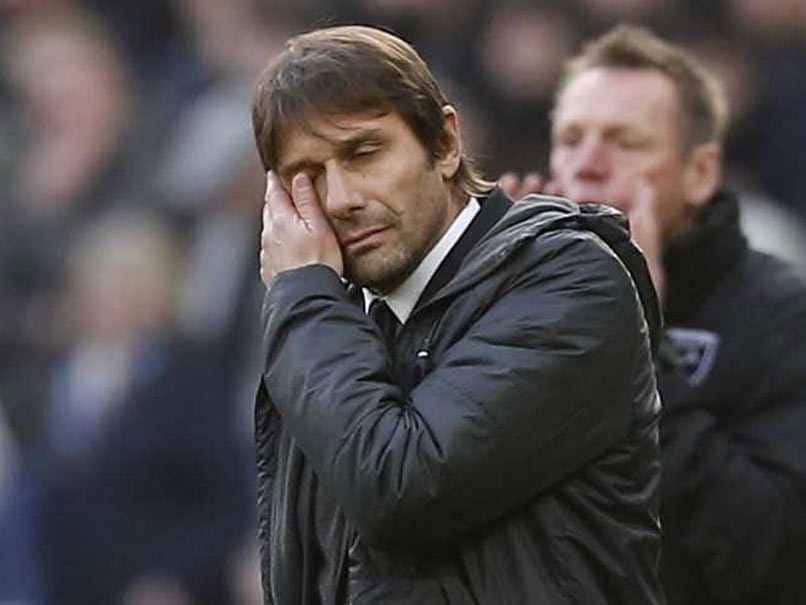 According to British media reports, Antonio Conte is on the brink of being sacked as Chelsea manager.© AFP

The long-running saga over Chelsea manager Antonio Conte's future is set to be resolved imminently with his sacking to be replaced by fellow Italian Maurizio Sarri, according to British media reports. Conte's departure has been long expected, even though he added an FA Cup in May to the Premier League he won in his first season in charge of Chelsea in 2016/17. Both the Daily Mirror and The Times report on Thursday things are coming to a head. The Times reports that Conte sent an email stating he is still the head coach and expects players who are not at the World Cup 2018 to be at the training ground on Monday when he returns from holiday, countermanding a request from a member of the club's technical staff for players to report this weekend.

The Mirror reports that players want the confusion sorted out so they can plan for the future and that several agents in limbo over potential transfers.

Conte is seen to have contributed to his own demise having fallen out both with the players and the Chelsea board as the sheen of the title victory quickly disappeared.

His intense training methods angered senior players and he alienated the board over his disparaging treatment of Spanish striker Diego Costa and constant carping over the club's failure to replace top players with those of similar ability.

Sarri, a former banker, has been favourite to succeed his compatriot after impressing as manager of Serie A side Napoli, who have replaced him with former Chelsea handler Carlo Ancelotti.

The main barrier has been compensation.

Conte is due a reported 9 million pounds (USD 11.9 million) if he remains out of work for the season and with the major jobs such as Real Madrid and the Italy national post -- which he occupied for two years till after Euro 2016 -- filled it is likely he will sit the year out.

Napoli are also expecting compensation of around 4.5 million pounds for Sarri, who is still under contract even though he is no longer their coach.

Sarri is believed to have agreed to bring former Chelsea favourite Gianfranco Zola -- whose managerial career has stalled after a series of failures -- along as one of his backroom staff.

They reportedly include Belgium forward Dries Mertens from Napoli, CSKA Moscow's Russian playmaker Aleksandr Golovin and Italian defender Daniel Rugani from Juventus, the side that edged Napoli in the Serie A title race.

However, due to the uncertainty several Chelsea players are seeking to leave.

Brazilian Willian is keen to sign for Barcelona with a reported 70 million pounds deal on the table and Belgian goalkeeper Thibault Courtois is eyeing a move to Real Madrid as his two young children -- who he has said are his priority regarding his future -- live in the Spanish capital.

Napoli Antonio Conte English Premier League Football
Get the latest updates on IPL Auction 2023 and check out  IPL 2023 and Live Cricket Score. Like us on Facebook or follow us on Twitter for more sports updates. You can also download the NDTV Cricket app for Android or iOS.