The Premier League confirmed that Manchester United and Southampton should not have been given penalties, but Tottenham should have been awarded one. 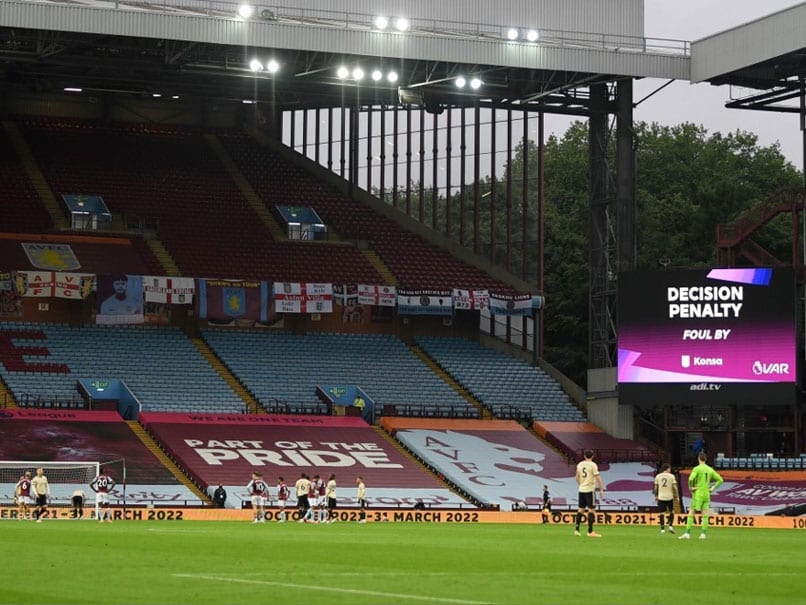 The Premier League has admitted that VAR got penalty decisions wrong in all three matches on Thursday.© AFP

The Premier League has admitted that VAR got penalty decisions wrong in all three matches on Thursday, as frustration mounts over the use of the technology in the English top-flight. Manchester United were given a controversial helping hand by the video assistant referee in their 3-0 win at Aston Villa, while Tottenham suffered fresh frustration at the hands of the review system in their 0-0 draw at Bournemouth. Manchester United midfielder Bruno Fernandes won a spot kick when he spun into Ezri Konsa before tumbling in the area despite little evidence of a foul by the Villa defender.

Jose Mourinho's Spurs were off-key for long periods but could feel hard done by after Josh King's push on Harry Kane in the penalty area went unpunished despite a VAR review.

Southampton's James Ward-Prowse hit the bar after a disputed penalty as the south coast side drew 1-1 with Everton.

The Premier League confirmed to the BBC's Match of the Day programme that United and Southampton should not have been given penalties, but Tottenham should have been awarded one.

Former Everton midfielder Tim Cahill, a Match of the Day pundit, said a former player should work alongside VAR officials.

"I think that would really help them, to understand the movements," the former Australia international said.

"When a player falls to buy a penalty you can feel it. It must need a player there to give advice on what the player is doing.

"They're there to make the big decisions and they can't do it. It's really disappointing."

Chelsea boss Frank Lampard last week called for a "big reflection" on VAR at the end of the season after a previous spate of controversial incidents.

Southampton English Premier League Football
Get the latest updates on ICC T20 Worldcup 2022, check out the Schedule and Live Score. Like us on Facebook or follow us on Twitter for more sports updates. You can also download the NDTV Cricket app for Android or iOS.