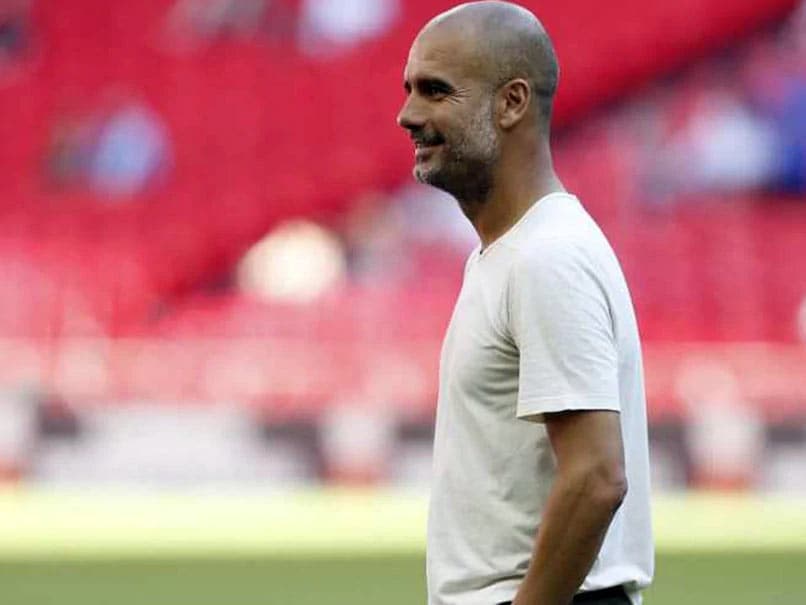 Pep Guardiola on Wednesday wished Leroy Sane well, with the winger apparently set to leave Manchester City for Bayern Munich. City are close to completing a deal, with the Bundesliga champions reportedly agreeing to pay 54.8 million pounds ($68 million). Guardiola said there were still some issues to be ironed out but it looked like the 24-year-old would be leaving the Etihad Stadium. "I give him a big, big thanks for these years together and wish him all the best for his new chapter at a fantastic club like Bayern Munich," he said.

"I would have loved him to stay here but he has decided to move on," added.

After losing out on the Premier League title to Liverpool this season, City have the chance to prove a point as they host the Reds at the Etihad Stadium on Thursday.

Guardiola said his team always wanted to prove a point.

Speaking at a virtual press conference to preview the game, the City boss said: "In sport, you have to prove every time.

"We are incredibly satisfied with what we have done and are doing but for athletes, it is never enough. The past is the past. What we have done remains in our soul, in our memories, but the show must go on."

Guardiola has a healthy respect for his Liverpool counterpart Jurgen Klopp, with the pair's rivalry being an amicable one.

"I don't know him that well but I admire him and the way that his teams play football," he said. "It is a benefit for the world, a positive to try to score a goal, and this kind of manager helps a lot.

"He wants to win, I want to win, but when it is finished the game is over. He's my colleague and of course I want to have a good relationship with managers."

Liverpool Jurgen Klopp English Premier League Football
Get the latest updates on Fifa Worldcup 2022 and check out  Fifa World Cup Schedule, Stats and Live Cricket Score. Like us on Facebook or follow us on Twitter for more sports updates. You can also download the NDTV Cricket app for Android or iOS.