Manchester United star Paul Pogba unveiled his new hairstyle but what he wrote in his caption left a lot of fans scratching their heads. 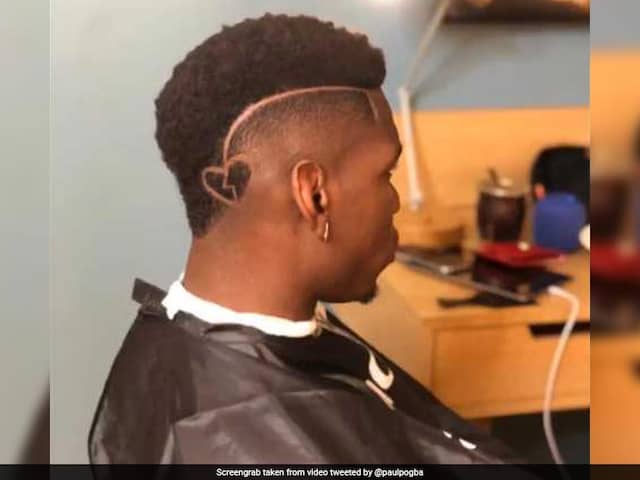 The Paul Pogba haircut is no stranger to controversy as the Manchester United star has styled some interesting hairstyles in the past. Pogba has been often criticised by the media for his flamboyant haircuts, which have, over his career at Juventus and Manchester United, featured the Batman symbol, musical notes and more. However, the French midfielder's latest style quotient has left fans a little confused. Pogba took to Twitter to show a glimpse of his new hairstyle and captioned his post: Break my heart I will still love you @ManUtd".

It wasn't Pogba's hairdo but his words that led to a lot of chatter and left fans scratching his head.

No one knows what this means but it's provocative

Kinda hoping/thinking that it's slightly lost in translation. Think he means the club gives him heart attacks leaving it late like today. Or... he's pissed with the club

One of your weirdest but go on

What's this all about explain

Is he talking about when United let him go to Juve? If not it's confusing as hell!

Paul, to anyone reading this it makes no sense and people read differently into it-either be clear or say nothing!

It's not been smooth sailing for Pogba since his return to the Red Devils. He has been criticised by former Manchester United players as well as football pundits for his inconsistent performances in the red of Manchester.

However, his relationship with manager Jose Mourinho has grabbed all the eyeballs. The Portuguese manager and the Frenchman were even seen arguing in full public view during a training session.

Pogba too has not minced his words and spoken to the media about the negative approach under Mourinho and the need for Manchester United to play more attacking football.

The French World Cup winner will again be in focus with the Manchester derby around the corner. The Manchester clubs will clash in the Premier League at the Etihad Stadium on November 11.